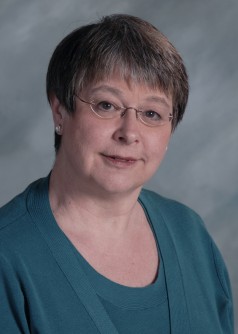 “In reality the definition applies to only about 10-percent of the older adult population, then older adults feel guilty when they get sick because they think they are not succeeding – and in the U.S. succeeding is important. In China, individual success is not as important, but the negative effect of the cost to care for the older population is a major problem,” McCarthy said.

Even in the presence of chronic illness and functional limitations, older adults still report aging successfully, McCarthy said. She concludes nurse scientist Meredith Flood’s definition is most accurate. Flood describes successful aging as a person’s ability to cope and adapt while maintaining a sense of connectedness and meaning in life.

Building on Flood’s ideas, McCarthy’s own studies have found transcendence - a sense of meaning, well-being and life satisfaction, to be the best predictor of positive aging. The concept involves relationships, creativity, contemplation, introspection and spirituality. Thanks to a grant from the nursing honor society Sigma Theta Tau International and the National Gerontological Nurses Association, she is working to develop a program of activities to increase transcendence.

An example of one intervention involves a time for quiet solitude in natural beauty followed by a discussion about a person’s outlook, helping to develop a broadened perspective on life or a feeling of being an integral part of the cycle of life. A second example may provide an opportunity for storytelling, increasing a sense of belonging to a group.

“Successful aging is important for the rapidly growing population of older adults and their families and caregivers,” McCarthy said. “It also is significant for society as a whole, which will bear the burden of unprecedented demands on health and social services. This is one reason we are developing interventions to increase positive aging.”