CSU faculty and students play a key role in research to determine the future of California’s Marine Protected Areas, including a deeper understanding of climate change’s impact on our ocean. 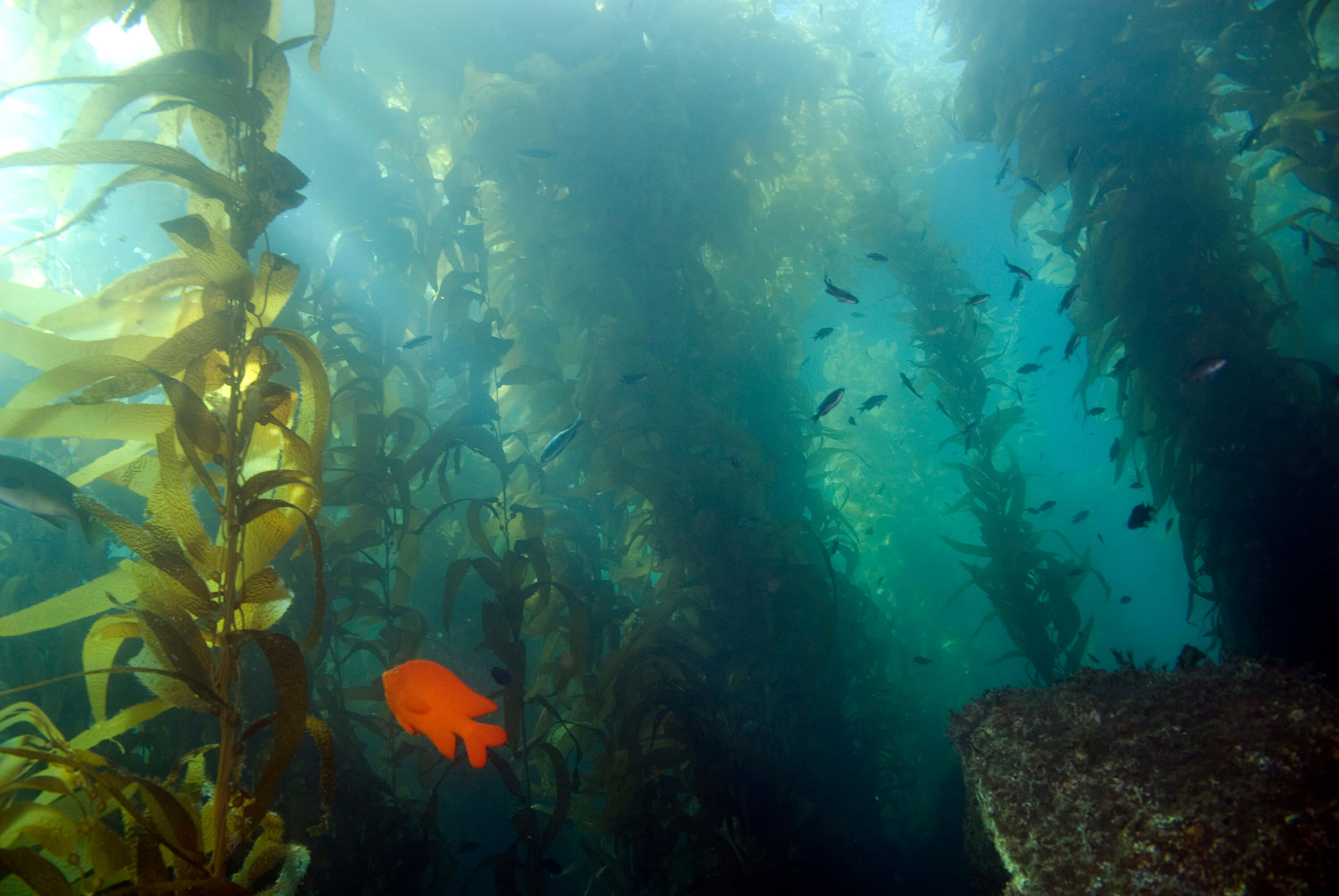 Since 2007, scientists have monitored the MPAs and collected data about the health of these protected ecosystems. This decade of data has established a baseline of knowledge, and now researchers​ at the CSU and other institutions are embarking on new research that will inform how these regions should be managed in the future.

Newswise — California is home to 800 square miles of Marine Protected Areas (MPAs) that provide refuge to some of the most iconic and diverse marine species. What began as an effort to conserve and protect the state’s marine ecosystems now has the potential to offer critical reference points for measuring the future impacts of climate change on marine ecosystems.

Since 2007, scientists have monitored the MPAs and collected data about the health of these protected ecosystems. This decade of data has established a baseline of knowledge, and now researchers​ at the CSU and other institutions are embarking on new research that will inform how these regions should be managed in the future.

Earlier this year, the ​ California Ocean Protection Council (OPC), in partnership with the California Sea Grant and the state Department of Fish and Wildlife, granted $9.5 million for the Marine Protected Area Monitoring Program, funding seven collaborative research projects across the state. Six of these projects involve CSU faculty representing seven campuses. (The University of California and several private entities are also involved in this research.)

Richard Starr, Ph.D., a research faculty member at the CSU's Moss Landing Marine Laboratories​, explains that one of the real values of MPAs is the ability to identify the effects of climate change. “Because California has MPAs distributed up and down the coastline, we will be able to see changes occurring in them that are due to climate changes and not confounded by fishery or pollution impacts,” says Dr. Starr, who authored a paper that was used as the basis for the Marine Life Protection Act (MLPA) legislation in 1999.

Seeing Under the Sea

In one of the newly OPC-funded projects, faculty from MLML, Humboldt State University ​and CSU Monterey Bay are beginning long-term monitoring efforts that will combine more than two decade's worth of historical imagery and data to develop a comprehensive analysis of the MPAs and determine ecosystem health across the MPA network.

One of the project’s investigators, CSUMB Professor James Lindholm, Ph.D., explains that 75 percent of the MPAs are in deep water—deeper than divers typically swim—making the areas difficult to study. But thanks to remotely operated vehicles (ROVs) and other imagery tools, Dr. Lindholm and his team are giving the public a rare glimpse of life in California’s MPAs. Their work will also fill a key gap in scientific understanding that will inform state policy recommendations. “Video imagery captures fundamental relationships between the animal and the environment that's not really captured by any other tool and is invaluable to understanding how these systems function,” says Lindholm. Much of this footage is made available to the public through CSUMB’s California Undersea Imagery Archive​.

The team will also use collected imagery to document what types of animals are in each region, their size and numbers, and use the data to create a baseline against which future data can be measured. Researchers can then use this information to compare and contrast changes in the ecosystem that may be driven by climate change.

While most of the OPC-funded projects focus on tracking changes inside and outside the MPAs, Laurie Richmond, Ph.D., associate professor of environmental planning at Humboldt State, will be conducting research to discover the impact MPAs have had on commercial fishing industries and to examine the health and well-being of California’s fishing communities.

“In terms of this type of holistic program with a real commitment to tracking changes over time and effect, it’s pretty unique,” says Dr. Richmond. “The state of California has put substantial money toward monitoring and understanding how it’s working.”

Richmond and her team, including members of Ecotrust and Strategic Earth Consulting, will be conducting focus group meetings at 24 ports—from Crescent City to San Diego—as well as analyzing the state’s landings data to assess the socioeconomic health of the ports and fishing communities.

The state wants to know how the MPA fishing restrictions are impacting these communities, especially considering the immense economic value of California’s marine resources. Richmond’s findings will inform long-term MPA management and monitoring.

Another project continues to bring researchers and recreational fisherman together on catch-and-release fishing expeditions to collect data on species inside and outside the MPAs. This collaboration, called the California Collaborative Fisheries Research Project (CCFRP), was first established by Dr. Starr at MLML and Cal Poly San Luis Obispo​ biology professor Dean Wendt, Ph.D., during the MPA baseline monitoring phase.

“It’s a great outreach tool for the state, because it gives people who have been impacted by the MPAs a chance to be involved in the research, while at the same time giving them an idea of how the areas in and outside of the MPAs are diverging,” says Starr. “And the rigorous data collection is helping us assess the health of the entire region, but especially inside the MPA.”

CCFRP researchers collect information on the size, diversity and movements of fish species and also track changes over time. As the waters off California’s coast continue to become warmer, researchers will be able to track whether certain species adapt to the new temperatures, migrate or become threatened, explains Starr. Where they go and how they adapt—or don’t—will impact the fishing industry, as well as the ocean’s food chain. For example, Starr says that MPA monitoring data may show the presence of different animals in central and northern California that usually inhabit Southern California.

The Next Generation of Ocean Conservation

California's network of MPAs is the second largest in the world, placing the state and the CSU in a leading position to establish policies for the future of ocean health and prepare the next generation of scientists. "With campuses along California's coast from Humboldt to San Diego, the CSU is uniquely positioned to provide the scientific information necessary to help the state manage its historic network of marine protected areas," says Krista Kamer, Ph.D., director of the CSU Council on Ocean Affairs, Science & Technology (COAST), the university's umbrella organization for marine, coastal and coastal watershed-related activities,​ which receives state funding to support marine science needs.

CSUMB's Dr. Lindholm adds: “We are doing the science the state needs to answer critical questions while simultaneously training the next generation of California's environmental professionals."

Learn more about COAST and how researchers across the CSU are working to advance marine and coastal knowledge and find answers for issues impacting the world's oceans.