Cheaper, More Powerful Electric Car Batteries Are on the Horizon 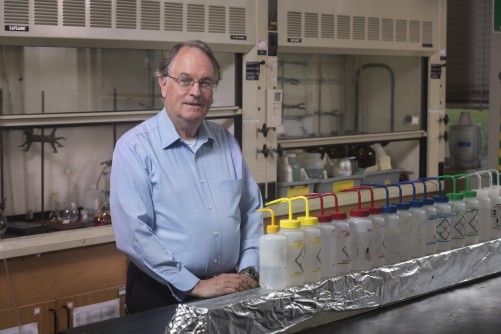 M. Stanley Whittingham, distinguished professor of chemistry at Binghamton University, will lead his Energy Storage team as part of the Battery500 consortium.

Newswise — BINGHAMTON, NY – A more powerful and efficient electric car could be here sooner than you think, thanks to a new consortium that includes Binghamton University, State University of New York.

The White House recently announced the creation of the Battery500 Consortium, a multidisciplinary group led by the U.S. Department of Energy (DOE) Pacific Northwest National Laboratory (PNNL) and working to reduce the cost of vehicle battery technologies. The Battery500 Consortium will receive an award of up to $10 million per year for five years to drive progress on DOE’s goal of reducing the cost of vehicle battery technologies.

M. Stanley Whittingham, distinguished professor of chemistry at Binghamton University, will lead his Energy Storage team in the charge.

“We hope to extract as much energy as possible while, at the same time, producing a battery that is smaller and cheaper to produce,” said Whittingham. “This consortium includes some of the brightest minds in the field, and I look forward to working with them to create lithium batteries that will power future electric vehicles more affordably.”

The team will design new electrode and cell architectures, pairing lithium metal as the negative electrode with two different materials for the battery's positive electrode. In this redesigned battery, the prevention of unwanted side reactions will significantly improve battery performance.

Other Battery500 Consortium members include:

The consortium also welcomes ideas from others, recognizing that diversity in experience and opinions often results in better solutions. The team will set aside 20 percent of its overall budget for "seedling projects," or work based on proposals from throughout the battery research community.