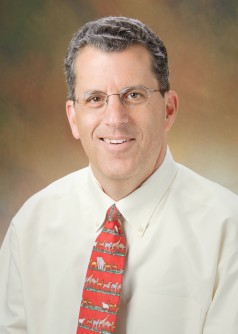 Dr. Peter C. Adamson is a pediatric oncologist at The Children's Hospital of Philadelphia

Newswise — Philadelphia, April 12, 2016 – Peter C. Adamson, M.D., a pediatric oncologist at The Children’s Hospital of Philadelphia (CHOP) and Chair of the Children’s Oncology Group (COG), will join other thought leaders in advising the scientific direction and goals of Vice President Joe Biden’s National Cancer Moonshot Initiative. On April 4, the National Cancer Institute (NCI), part of the National Institutes of Health, announced the membership of its Blue Ribbon Panel of scientific experts, cancer leaders and patient advocates.

That panel will serve as a working group of the presidentially appointed National Cancer Advisory Board (NCAB). Dr. Adamson, one of the nation’s leading pediatric oncologists, was previously named to the NCAB in June 2015 by President Obama. The panel will consider how to advance themes and approaches in cancer research, and will make recommendations to the NCAB, which will in turn make recommendations to the NCI.

“We are deeply honored that Dr. Adamson has received this national acknowledgment of his profound expertise as a clinician and researcher in children’s cancer, and we applaud his continued commitment to advancing treatment for children,” said Madeline Bell, president and CEO of The Children’s Hospital of Philadelphia.

Dr. Adamson has chaired the Children’s Oncology Group, the world’s largest organization devoted exclusively to childhood and adolescent cancer research, since 2010. At CHOP, he served as chief of the Division of Clinical Pharmacology and Therapeutics, and director of the Office of Clinical and Translational Research. Prior to joining CHOP in 1999, he was a member of the Pediatric Oncology Branch of the NCI.