Clearing the Air of Confusion About Mammography Guidelines

When should a woman get her first mammogram and how frequently should she have one?

Newswise — When should a woman get her first mammogram and how frequently should she have one? Published mammography guidelines differ on this and similar topics. With 1 in 8 U.S. women developing invasive breast cancer over the course of their lifetimes, knowing when to have this potentially lifesaving screening is critical.

Breast cancer experts from Beaumont agree that a woman should work with her gynecologist or other primary care physician to develop a breast cancer screening plan to fit her health history and comfort level.

SHOULD WOMEN HAVE ANNUAL SCREENING MAMMOGRAMS?

Dr. Rebner, director of the Division of Breast Imaging, Beaumont Hospital, Royal Oak said, “It’s an undisputed fact that mammograms save lives. The earlier a cancer is diagnosed, the better a woman’s outcome is and the more treatment options she has, including those that are less drastic, toxic and costly—and just as effective. So although the U.S. Preventative Services Task Force says women of average risk should have a screening mammogram only every two years, my colleagues and I recommend annual mammograms.”

Dr. Wickham, on staff at Beaumont Hospital, Farmington Hills, allows some latitude for certain patients: “I want my patients to have yearly mammograms, although with certain very low-risk patients, I support biennial screening, as long as they are performing monthly breast self-exams.”

WHAT AGE SHOULD A WOMAN OF AVERAGE RISK HAVE HER FIRST SCREENING MAMMOGRAM?

Dr. Dekhne, medical director of the Beaumont Breast Care Clinic, Royal Oak said, “A woman of average risk should begin annual mammograms at age 40 although the U.S. Preventative Services Task Force says it’s optional before age 50. All the other major organizations, including the National Comprehensive Cancer Network, American College of Radiology, Society of Breast Imaging, American Congress of Obstetricians and Gynecologists and the Society of Surgical Oncology, state that the most lives are saved when women start screening at age 40. The most rigorous scientific studies have shown a benefit of decreased mortality for women ages 40 to 69. No scientific data demonstrates a mortality benefit with mammography for women younger than 40.”

WHAT AGE SHOULD A WOMAN OF HIGH RISK HAVE HER FIRST SCREENING MAMMOGRAM?

Dr. Ramsdell, who splits her time working at Beaumont hospitals in Royal Oak and Grosse Pointe, said, “A woman at high risk for breast cancer may begin having mammograms earlier than age 40, depending on her personal history. A woman who has a first-degree relative, such as a mother or sister with premenopausal breast cancer, should start having mammograms 10 years earlier than the age when her relative developed breast cancer. For example, if her sister was 40 when she developed breast cancer, the woman should start getting them at 30. The U.S. Preventative Services Task Force recommendation is less rigorous and allows women of higher than average risk to begin screening in their 40s.”

Dr. Aburabia, who works primarily at Beaumont Hospital, Dearborn, specified, “If a woman is at high risk due to previous radiation to the chest wall before age 30, we start earlier.”

“I will sometimes start annual mammograms for a high-risk patient at age 35, but would also consider other screening modalities for that patient because of breast density issues,” said Dr. Wickham.

WHAT AGE SHOULD A WOMAN WHO IS A CARRIER OF THE BRCA1 OR BRCA2 GENES HAVE HER FIRST SCREENING MAMMOGRAM?

Dr. Janfaza, who splits her time between Beaumont hospitals in Royal Oak and Wayne, said, “If a woman is BRCA positive, she should start getting mammograms at age 30 and also start getting annual breast MRI, or magnetic resonance imaging, exams at age 25.”

DO YOU RECOMMEND A SCREENING MRI FOR A WOMAN WITH DENSE BREASTS?

Dr. Wickham said, “Patients with denser breasts should be given an ultrasound in addition to their mammograms for screening.”

“I don’t routinely recommend MRIs for a woman with no risk factors other than dense breasts,” said Dr. Aburabia. “Like any other imaging modality, MRIs are not perfect. To optimize their effectiveness, they need to be used when they are likely to improve the patient’s care.”

WHAT AGE, IF EVER, SHOULD A WOMAN CEASE HAVING MAMMOGRAMS?

“A woman should continue mammograms until other health issues preclude her from benefiting from the exam,” said Dr. Ramsdell. “The American College of Radiology and the Society of Breast Imaging recommend women continue annual screening mammography until they are not expected to live another seven years, but other organizations say current evidence is insufficient to assess the benefits of screening mammography in women with average risk who are age 75 and older.”

Drs. Wickham and Aburabia agreed, “The age at which a woman stops having breast screening should be a discussion between the woman, her family and her physician and should include the benefits and risks of continued annual screening mammograms. No specific age needs to be determined. Some women are healthy, active and independent with a great quality of life at age 80 or 90, and have a reasonably long life expectancy. There is no reason for a woman like this to stop screening.”

DO SCREENING MAMMOGRAMS DO MORE HARM THAN GOOD?

“The benefits of screening mammography clearly outweigh its negatives. Since mammography screening in the U.S. became widespread in the 1980s, the breast cancer mortality rate has declined by more than 30 percent,” said Dr. Rebner. “In addition, finding smaller cancers allows a woman to undergo less extensive therapy. She may no longer need a mastectomy and chemotherapy and may only require a lumpectomy (partial breast removal) with radiation therapy. The so-called harms of screening mammography include being called back for additional images, the anxiety of not knowing whether one has breast cancer and ‘overdiagnosis.’ Eighty percent of the time, the recall involves some additional mammography pictures or an ultrasound. Only two percent of the time, the woman undergoes a minimally invasive needle biopsy where the cancer detection rate approaches 40 percent. Studies have shown women can tolerate the anxiety of waiting for a definite diagnosis. They are glad to know either their cancer has been found early or they do not have cancer. ‘Overdiagnosis’ refers to the detection of a cancer which, if left alone, would not harm the patient. This is a misnomer. Almost all invasive cancers, if left alone, will go on to kill the woman.”

Dr. Aburabia expanded on this: “Mammograms can be uncomfortable, there is a small amount of radiation exposure with them and they can cause women to be anxious, but the benefit far outweighs the minor risks. I cannot overstress the point that mammograms save lives—and breasts! Regular annual mammograms allow us to diagnose a cancer when it’s much smaller, and likely keep the option of breast preservation open for the patient. A cancer diagnosed after it is palpable is often larger and more advanced, and mastectomy might be the only option at that point.”

HAVE BREAST CANCER SURVIVAL RATES IMPROVED OVER TIME BECAUSE OF MAMMOGRAPHY OR BECAUSE OF BETTER TREATMENTS?

“Both mortality and survival rates have improved since the 1980s when mammography became prevalent in the U.S. The mortality rate has decreased by more than 30 percent over the past 30 years and survival rates have increased by the same number,” said Dr. Dekhne. “The death rate for breast cancer in men has not changed during the past 30 years. Men are not routinely screened for breast cancer, but women are. Studies in populations where patients have the same access to the same types of therapies show screened women have lower mortalities from breast cancer compared to women who do not receive regular mammograms. Therapies have improved, but the major reason for better outcomes is screening.”

DOES THE USE OF MAMMOGRAPHY REDUCE THE NUMBER OF BIGGER, MORE ADVANCED CANCERS THAT ARE DIFFICULT TO TREAT?

“Yes, the regular use of screening mammography results in the detection of smaller, more curable cancers,” said Dr. Janfaza. “It makes no sense to allow a cancer to grow for another year when it could have been detected and treated a year earlier. Survival from breast cancer depends on whether the tumor has yet spread to the lymph nodes and other organs. Mammography finds more cancers that have not yet spread, so there are fewer bigger, more advanced cancers that are more difficult to treat.”

DO YOU RECOMMEND A WOMAN PERFORM BREAST SELF-EXAMS?

“Yes, monthly breast self-examination can help women detect their own breast cancer and lead to earlier diagnosis and treatment. Statements that diminish the value of the breast self-exam are a great disservice to women’s health. Women should be familiar with their own breasts, so they can note changes that can be immediately investigated,” Dr. Wickham said. “I lost my best friend of 25 years to stage 4 breast cancer. She had zero risk factors, was in the biennial screening program and neglected to perform breast self-exams because she’d heard it didn’t make any difference. By the time she had her biennial screening mammogram, her tumor was 8 centimeters and had spread to her liver. Had my dearest friend been doing breast self-exams, perhaps her cancer would have been found sooner.”

“If a woman is interested in doing self-exams, I teach her how to do it correctly and what to look for,” Dr. Aburabia said. “Most women tell me they don’t know what to look for, and we have ample evidence of the limited sensitivity and specificity of breast self-exam. I do advocate breast health awareness and place a much greater emphasis on annual mammograms than on breast self-exams.”

For personal answers to your questions, come to Beaumont’s community breast health fairs during Breast Cancer Awareness Month in October. 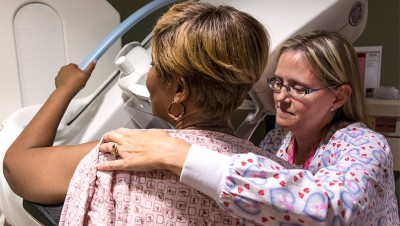 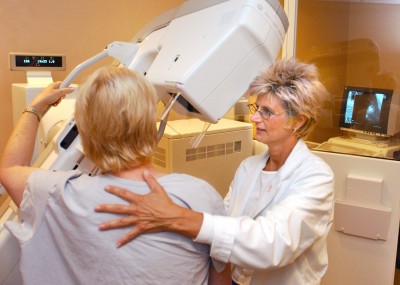 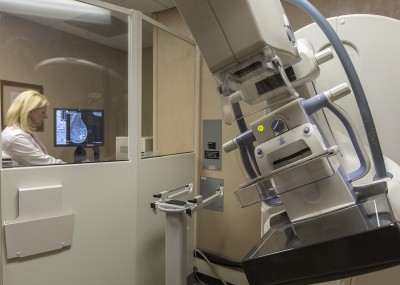