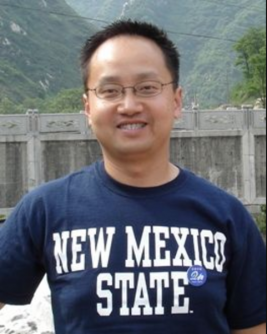 Joe Song plans to implement these methods of data science to developmental biology.

“This grant will address a long-standing question in biology regarding how different cells, such as brain and muscle cells, carrying the same genome can have distinct biological functions,” he said. “We believe that the molecular networks of our genes are wired differently to execute diverse programs across our cell types. We will develop novel data science methods to delineate how molecular networks are rewired in major cell and tissue types in humans and mice.”

Song’s research will be funded by the $814,000 NSF grant, from the NSF’s Advances in Biological Informatics program through its Division of Biological Infrastructure, from July 1, 2017 for three years.

He said he hopes the research will contribute to the development of software that can be used to better study molecular activities programmed by our genomes.

“The data volume of many large-scale biological projects is exploding,” Song said. “Some scientists estimate that genomics data will become the single largest digital data source by 2025. It has become clear that unexplored data may contain critical signals of development, which a biologist may not know how to extract.”

Software that is programmed correctly to parse through the data can discover hidden patterns more effectively than a human who can often be biased, Song said.

“This research provides me an opportunity to discover new theories about cell differentiation at the molecular level,” Song said.

Song’s next step in the project is to develop prototype computational methods and test them on sample data sets to ensure functionality.

Song said the grant was the result of collaboration with graduate students and researchers throughout his time at NMSU. “Coming from around the world, they contributed to preliminary results used in the proposal of this successful NSF grant,” he said.

These include one of Song’s former Ph.D. students, Yang Zhang, now a bioinformatics scientist in California; Dan Goldowitz at the University of British Columbia, a neurobiologist renowned for brain research, who will test hypotheses generated by Song’s computational methods.

“I look forward to creating useful software for biology discovery and working with talented students and outstanding biology collaborators through this project,” Song said.