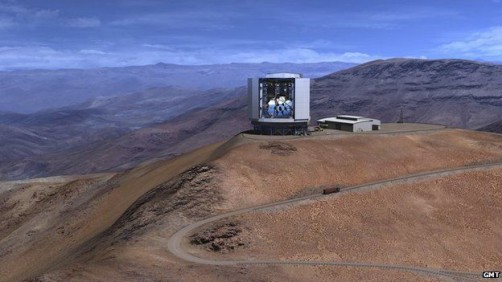 The telescope will sit at an altitude of about 2,500m in the Atacama Desert in Chile

It is expected to be the largest telescope ever built. In a US led project, ground has been broken for the construction of the Giant Magellan Telescope, which will be built atop Cerro Las Campanas in Chile.

Like the European Extremely Large Telescope (E-ELT), also in Chile, and the Thirty Meter Telescope (TMT) in Hawaii, the Giant Magellan Telescope is one three super-scopes operating in optical and near infrared wavelengths.