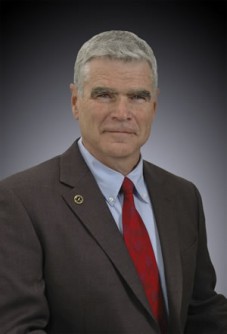 “One of the crucial problems facing individuals with Type 2 diabetes is that small blood vessels essentially disappear making it harder for muscle cells, even those cells that make up the diaphragm, to respond to insulin,” said M. Harold Laughlin, Curators Professor and chair of the Department of Biomedical Sciences in the College of Veterinary Medicine and an investigator at the Dalton Cardiovascular Research Center at MU. “Previous research on respiratory distress has focused on the similarities in limb skeletal muscle cells and diaphragm cells. What we found essentially contradicts previous findings and could guide future research in respiratory distress in diabetics.”

Diabetes has been proven to trigger breathing difficulties and even respiratory failure in patients who have the disease and fail to maintain healthy weights. Medical treatment and care guidelines for those with diabetes often call for a combination of aerobic and endurance training to maintain healthy weights and good respiratory function. Because diaphragm muscle cells are similarly arranged as other skeletal muscle cells, the two have often been studied together.

Using rats predisposed to obesity and insulin resistance, Laughlin and his team exposed the rats to two types of exercise programs over a period of several weeks. One was an endurance exercise training program in which rats performed on a treadmill for longer periods of time. The second program exposed the rats to an interval training program during which rats ran on the treadmill for shorter bursts. Then, the team evaluated which genes were turned on or off in diaphragm arteries in the diabetic rats during exercise training.

“We found that smooth muscle cells in the arteries of the diaphragm do undergo adaptive changes in response to exercise training,” Laughlin said. “However, common knowledge among researchers is that limb skeletal muscle and diaphragm muscle behave in the same manner and can thus be studied jointly. Our results indicate just the opposite—in obese patients suffering from diabetes skeletal muscle arteries and diaphragm arteries adapt to exercise in different ways. Therefore, future research studies should disassociate the two. In the future, scientists who study respiratory distress in insulin-dependent patients should seek out causes in the diaphragm independent of other skeletal muscles.”

The study, “Exercise training causes differential changes in gene expression in diaphragm arteries and 2A arterioles of obese rats,” recently was published in the Journal of Applied Physiology with funding from the National Institutes of Health (RO1HL036088). The content is solely the responsibility of the authors and does not necessarily represent the official views of the funding agencies.