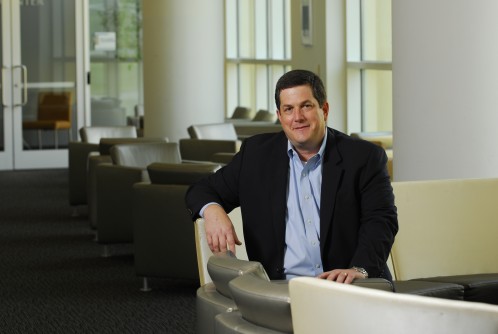 Newswise — The role of chief operating officer among Fortune 1000 companies is alive and well despite reports in the last year touting its demise, according to researchers from the Georgia Tech College of Management and Heidrick & Struggles.

“Reports of the COO’s death are greatly exaggerated,” says Stephen A. Miles, vice chairman with Heidrick & Struggles and co-author of Riding Shotgun: The Role of the COO.

“In fact, the COO role continues to be a very strategic position for companies – particularly when it comes to offering seamless leadership transitions from one CEO to the next,” added Riding Shotgun co-author Nate Bennett, professor of organizational behavior at Georgia Tech.

Bennett, Miles, and Georgia Tech doctoral student James Lemoine analyzed CEO succession data for Fortune 1000 companies from 2009 and 2010. Their findings support a different conclusion from recent reports, such as the 2010 annual Volatility Report from the search firm Crist/Kolder Associates that suggests a decline in the COO role.

The researchers found that incumbent COOs are far and away the most likely candidate to replace an existing CEO. As Bennett and Miles have previously reported, a CEO who rises to that position from the COO role often has no immediate need to appoint a successor in the COO position because of his or her existing knowledge of company operations. In other cases, the COO role is created specifically to prepare an heir apparent to the CEO position. “The presence or absence of a COO role is a strategic choice, and fluctuations in its presence are just a natural by-product of a healthy succession process,” says Miles.

“Unlike a role such as CFO, the COO role does not need to exist at all times,” Lemoine adds. “Instead, it makes great sense in particular circumstances and doesn’t make much sense in others. The COO role adds tremendous value when it is created at the right time and filled with the right person who is tasked with the right mission.”

Among the 96 companies in the Fortune 1000 who appointed a new CEO in 2010, 35 selected their COO as the successor, and four chose another company’s COO for the top slot. No clear second place choice for selecting new CEOs emerged; the next most likely sources for CEOs were 13 CEOs lured from other companies and 12 recruited from senior or executive vice presidencies. The 2009 data were just as strongly skewed toward the COO position as the place to fish for a new CEO.

On the other hand, a separate analysis of the 2009 CEO succession data shows that when companies did not take their new CEOs from the COO role, they were more 160 percent more likely to maintain their COO or recruit for a new one.

“The patterns in the data support this assertion that companies whose CEOs who did not transition from a COO role see a much greater immediate need for it to support their success. When the CEO had been COO, filling it quickly is less important,” Bennett says.

Looking beyond the Fortune 1000, the position of COO also thrives. An analysis of news stories and business press releases referencing COOs in the second quarter of 2011 showed that nearly two-thirds (65 percent) of these reports touted the hiring of a new COO, 27 percent of which involved the creation of a new COO position. Much like the Fortune 1000, 65 percent of those reports mentioning a COO departure indicated the COO had been promoted to CEO.

Riding Shotgun: The Role of the COO