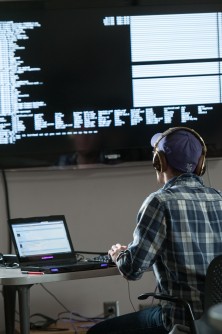 A hacker may be more of a talented craft worker than an evil genius, according to a Kansas State University researcher.

Newswise — MANHATTAN, KANSAS — We often view hackers as evil geniuses, but perhaps a more accurate depiction would be a talented — though sometimes mischievous — craft worker, according to a Kansas State University researcher.

The way society views hackers is not representative of the whole hacking culture, said Kevin Steinmetz, assistant professor of sociology, anthropology and social work in the College of Arts and Sciences. Simply stated: Hacking is more than breaking into security systems and computer networks.

"Hackers are sort of portrayed as this digital other, lurking in the nether, ready to pilfer your pockets," Steinmetz said. "Hacking is much broader than that. It can also involve free and open source software programming, hardware hacking and various types of security hacking, among others."

Steinmetz studies hacking culture and technology crimes. His latest research addresses the question: What is a hacker and what does it mean to hack? Through an ethnographic study he found his answer: Hacking is a late-modern transgressive craft.

"Hacking emerged as a geeky, tech-oriented culture that was a little mischievous, but ultimately was about programming," Steinmetz said. "It has evolved over time to be a very diverse subculture, yet we focus on that one pocket that emerged through the area of security culture. These hackers may be a minority, but a loud minority, as a hacker once told me."

Steinmetz researched various characteristics of hackers: views on privacy, background factors, and perceptions toward government and institutions of authority. He began to see parallels between hacking and craftwork. According to Steinmetz, both activities share:

• A particular mentality.• An emphasis on skill.• A sense of ownership over tools and objects of labor.• Guild-like social and learning structures.• A deep sense of commitment.• An emphasis on process over result.• A common phenomenological experience.• Tendencies toward transgression.

"Hacking is crafty and also looks a lot like craftsmanship," Steinmetz said. "Perhaps the best way we can understanding hacking is as a transgressive, technological craft."

For his study, Steinmetz performed ethnographic field research. He met with a group of hackers in Texas to observe them and study their culture. He interviewed members to understand how they viewed themselves as hackers.

Through his research, Steinmetz found that the term "hacking" has become separated from the original subculture from which it emerged. Hacking began in the 1950s and 1960s with group of people who were interested in technology and computers. Hacking culture now includes phone phreaking, hardware hacking and security hacking, among other domains.

Political and media discussions often evoke the term hacker based solely on outcome, such as network intrusions, credit card fraud and other stereotypes, Steinmetz said. Such depictions miss out on the fact that hacking is more about the process than the outcome, he said. Without the craft-like components, a person who engages in certain technological crimes may not be a hacker.

"If these people engage in this type of behavior because they only want outcomes, my research indicates that they may not completely be considered hackers," Steinmetz said. "They have to take on the qualities of craftsmen — someone who enjoys their work and is dedicated to it."

Steinmetz has published his latest research, "Craft(y)ness: An Ethnographic Study of Hacking," in the British Journal of Criminology.