Cutting the Cord is Easier Said than Done 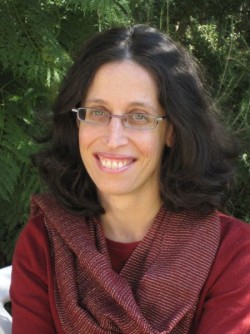 Newswise — Chances are there's someone in your life who causes a lot of tension and stress. Difficult relationships are common. They are also commonly difficult to evade. Who are these people and why can’t we just cut the cord?

New research explores these questions and sheds light on the answers. Plain and simple:  They are people you are stuck with, either because you need them or because you can’t ignore them.

"The results suggest that difficult people are likely to be found in contexts where people have less freedom to pick and choose their associates," says Dr. Shira Offer, of the Department of Sociology and Anthropology at Bar-Ilan University, who co-authored the article with Prof. Claude Fischer, of the University of California at Berkeley.

Offer and Fischer published their findings in a recent issue of American Sociological Review . Their research is based on data from the University of California Network Study, which collected data about the social ties of over 1,100 adults in the greater San Francisco Bay Area.

Respondents in the survey were asked to provide the names of people to whom they were connected in different ways, for example those with whom they socialized, in whom they confided, and from whom they would ask for help in emergency situations. They were also asked to name and describe the people in their lives they found demanding or difficult. The “difficult” comprised about 15 percent of all the people respondents named.

Close kin, especially female relatives and aging parents, were most likely to be listed as “difficult”.  “These are people with whom our lives are so complexly intertwined,” says Dr. Offer. “Many are close family whom we need and even love; others we just can’t escape. Social norms do not allow us to simply walk away from them, however much this might be tempting to do sometimes.”

The disproportionate presence of women on the “difficult” list is best understood as reflecting women’s more intensive role in the family, providing more fodder for tension and conflict. Non-kin described as friends were less likely and those described as co-workers more likely to be named as difficult.

Finally, the study examined what kinds of interactions seemed to characterize a “difficult” relationship. Providing support to other people, but not receiving support from them—say, caring for a failing parent-was a major source of difficulty in these relationships.

Overall, this study highlights how normative and institutional constraints may force people to retain difficult and demanding connections in their networks.