The model evaluates “gene by gene” and “gene by environment” factors by looking at specific DNA sequencing variations. 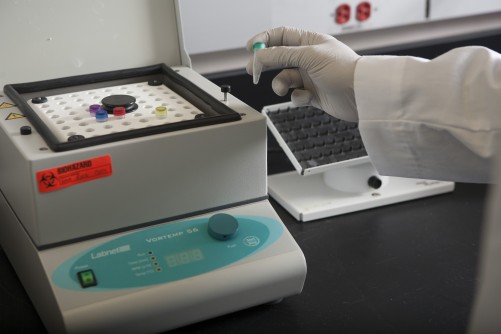 Newswise — Dartmouth cancer researchers developed and tested an advanced statistical model to evaluate the genetic and environmental interactions that contribute to disease as published yesterday in Human Genetics.

The approach fills a gap in current analyses. Complex diseases like cancer usually arise from complex interactions among genetic and environmental factors. When many such combinations are studied, identifying the relevant interactions versus those that reflect chance combinations among affected individuals becomes difficult. In this study, the investigators developed a novel approach for evaluating the relevance of interactions using a Bayesian hierarchal mixture framework. The approach is applicable for the study of interactions among genes or between genetic and environmental factors.

Chris Amos, PhD, senior author of the paper said, “These findings can be used to develop models that include only those interactions that are relevant to disease causation, allowing the researcher to remove false positive findings that plague modern research when many dozens of factors and their interactions are suggested to play a role in causing complex diseases.”

The model evaluates “gene by gene” and “gene by environment” factors by looking at specific DNA sequencing variations. Complex diseases are caused by multiple factors. In some cases a genetic predisposition or abnormality may be a factor. A person’s healthy lifestyle and environment, however, may help him or her overcome a genetic vulnerability and avoid a chronic disease like cancer. In other situations, a person whose DNA does not have an abnormality may develop one when exposed to known carcinogens like tobacco smoke or sunburn.

“Understanding the combinations of genetic and environmental factors that cause complex diseases is important,” said Amos, associate director of population sciences and deputy director of Norris Cotton Cancer Center, “because understanding the genetic architecture underlying complex disease may help us to identify specific targets for prevention or therapy upon which interventions may appropriately reduce the risk of cancer development or progression.”

The study applied the model in cutaneous melanoma and lung cancer genetic sequences using previously identified abnormalities (known as single nucleotide polymorphisms or SNPs) with environmental factors introduced as independent variables. The Bayesian mixture model was compared with the traditional logistic regression model. The hierarchal model successfully controlled the probability of false positive discovery and identified significant interactions. It also showed good performance on parameter estimation and variable selection. The model cannot be applied to a complete GWAS because if its reliance on other probability models (MCMC ). It is most effective when applied to a group of SNPs.

“The method was effective for the study of melanoma and lung cancer risk because these cancers develop from a complex interaction between genetic and environmental factors but understanding how these factors interact has been difficult to achieve without the sophisticated modeling that has been developed in this study,” said Amos.