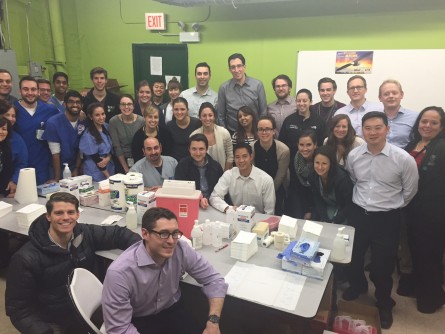 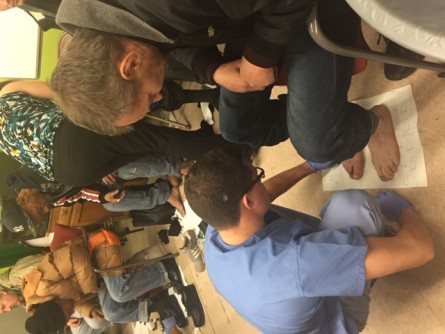 Newswise — In the ultimate act of service at the beginning of Chicago’s coldest season, Drs. Simon Lee, Johnny Lin and Kamran Hamid, foot and ankle surgeons at Midwest Orthopaedics at Rush, and a group of residents, physician assistants and medical students from Rush University Medical Center, will give shoes, socks and medical care to homeless men and women at a shelter on Chicago’s west side. “Soles 4 Souls” serves an estimated 200 men and women who will line up to enjoy warm, dry, healthy feet.

Without proper medical care, clean/dry shoes and socks, homeless individuals often neglect the health of their feet. They can suffer from frostbite, fungus and a variety of painful foot conditions. The MOR medical team will look for and treat any of those conditions.

Soles 4 Souls” on Chicago’s west side

An analysis by Chicago Coalition for the Homeless estimates that 125,848 Chicagoans were homeless during the 2014-15 school year – that’s up 8% from the year before.

“Soles 4 Souls” is affiliated with Soles4Souls, Inc., a national, not-for-profit organization dedicated to procuring and distributing shoes to people in need all over the world.

Dr. Simon Lee, a foot/ankle surgeon at Midwest Orthopaedics at Rush, began the Chicago chapter of the program in 2007 and since then, he has been actively involved in coordinating this annual event on Chicago’s west side. In addition to the medical screenings and socks from Midwest Orthopaedics at Rush physicians, the men and women of the shelter will also receive free shoes donated by Red Wing Shoe Company and socks from Dignity U Wear. 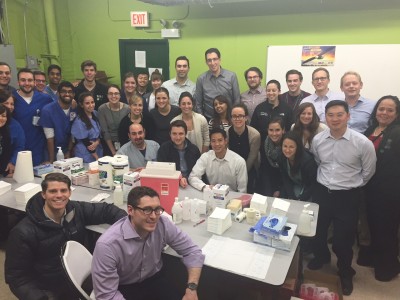 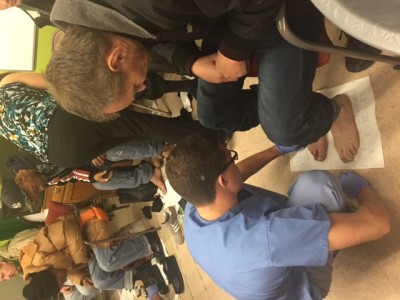