Dogs May Be the Key to Discovering New Treatments for Osteosarcoma

5-May-2014 8:00 AM EDT, by University of Kansas Cancer Center contact patient services
favorite_border 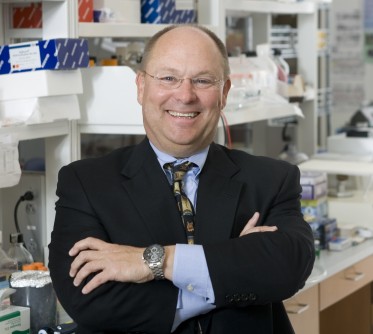 Newswise — Researchers at The University of Kansas Cancer Center, Children's Mercy and Colorado State University will screen thousands of drugs in a new project that seeks to improve the treatment of a rare bone cancer in humans and dogs alike.

Osteosarcoma is the most common bone tumor among children and young adults, with about 400 cases diagnosed in the United States each year. While advances in chemotherapy have helped improve survival rates in recent years, the five-year survival rates for patients diagnosed with osteosarcoma are still between 50 and 60 percent.

In dogs, however, the disease is much more common, with more than 10,000 cases diagnosed each year. Because osteosarcoma is one of the few cancers that behaves the same in dogs and humans, the team of scientists believe that finding treatments that work in one species will also help the other.

Funded by $500,000 from the Midwest Cancer Alliance and working with scientists at the National Center for Advancing Translational Sciences, the researchers will look at both human and dog cancer cell lines, looking for the most effective drugs. No dogs will be harmed in the process of obtaining the tissue, which will be collected from biopsy samples from dogs and humans who have osteosarcoma.

"You can almost think of it like a tournament of drugs. We'll identify winners and losers, finding the drugs that have the most promise and then we'll move forward," said Scott Weir, Pharm.D., Ph.D., a KU Medical Center professor of pharmacology, toxicology and therapeutics and the director of the university's Institute for Advancing Medical Innovation.

Working with researchers at the Colorado State University College of Veterinary Medicine, the most promising drug candidates will be tested in dogs that have been diagnosed with osteosarcoma. With more cases to work with, it's easier to gather critical pre-clinical data in dogs by seeing which drugs are effective against the disease, the researchers said.

"There is a huge need for better treatments for pediatric sarcomas," said Kathleen Neville, M.D., director of experimental therapeutics in pediatric cancer for Children's Mercy. "It may take a little more time up front, but these trials can take so long to find out if a drug works in humans, I think it will be quicker in the end by also ruling out some drugs that don't work in dogs."

Weir said that the researchers would pursue new treatments for dogs and people at the same time, and a breakthrough could help lead to a cure for both dogs and humans.

The work will be done as part of the Sarcoma Learning Collaborative, a public-private partnership among Children's Mercy, the KU Cancer Center and the National Institutes of Health to accelerate development of new drugs for different kinds of sarcomas.

"Given that it can take between 12 and 17 years to discover and bring a new drug to market, we're looking for every way we can to speed up the process," Weir said. "By using our approach of drug repurposing and finding new uses for FDA-approved drugs and drugs that have been abandoned by the pharmaceutical industry, we can move this process along much faster."