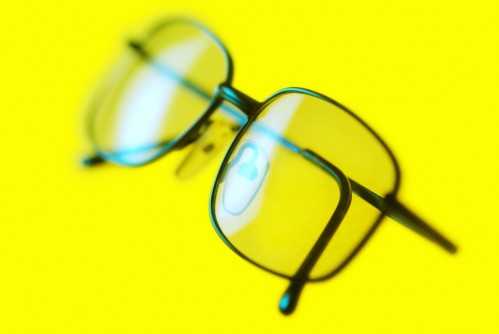 Newswise — DURHAM, N.C. -- People have long taken for granted that glasses and contact lenses improve vision for nearsightedness, but the genetic factors behind the common condition have remained blurry. Now researchers at Duke Medicine are closer to clearing this up.

Mutations in a gene that helps regulate copper and oxygen levels in eye tissue are associated with a severe form of nearsightedness, according to a study published in the American Journal of Human Genetics on May 2, 2013.

Nearsightedness – also known as myopia – is the most common human eye disease in the world. It occurs if the eye is too long or the cornea has too much curvature, which keeps light entering the eye from focusing correctly.

High-grade myopia, a more severe form of nearsightedness, affects up to two percent of Americans and is especially common in Asian populations. Individuals with high-grade myopia are at an increased risk for other serious eye problems, including retinal detachment, cataracts and glaucoma.

Studies suggest that myopia is caused by a combination of environmental factors, such as large amounts of reading, and genetics. Nearsightedness runs in families, but little is understood about genetic factors that cause it.

In recent years, researchers have reported several genes or locations of genes associated with myopia, and have continued to search for additional clues.

“This is the first time a gene mutation for autosomal dominant nonsyndromic high-grade myopia in Caucasians has been discovered,” said senior author Terri Young, M.D., MBA, professor of ophthalmology, pediatrics and medicine at the Duke Eye Center, Duke Center for Human Genetics and the Duke-National University of Singapore Graduate Medical School (Duke-NUS). “Our findings reflect the hard work and collaboration of our international research team.”

In this study, Young and her colleagues sought to identify these genetic factors by studying families with high-grade myopia. They performed next-generation deep sequencing on four relatives from an 11-member American family of European descent.

Once the researchers identified the mutations in DNA samples, they turned to human eye tissue and verified that the SCO2 gene was expressed in areas of the eye connected to nearsightedness.

To further support their findings, they performed an experiment in which mice were made nearsighted in one eye by wearing a strong lens. Collaborators at Duke-NUS, the Singapore Eye Research Institute and Yong Loo Lin School of Medicine at the National University of Singapore found that SCO2 gene expression decreased in the nearsighted eye, suggesting that SCO2 may play a role in the development of nearsightedness.

In the body, the SCO2 gene helps metabolize copper, an element important for regulating oxygen levels in eye tissue. Increased stress brought on by too much oxygen may alter the eye’s development and function.

Dennis J. Thiele, PhD, George Barth Geller Professor  in the Department of Pharmacology and Cancer Biology at Duke, said the finding suggests that different kinds of mutations in the SCO2 gene result in different diseases. Thiele, an expert in copper metabolism who was not involved in the research, noted that another SCO2 gene mutation is responsible for a lethal form of cardiomyopathy.

“This is a fascinating finding, and it points to the relevance of copper metabolism to a spectrum of different human diseases,” Thiele said.

Since normal copper metabolism is important for eye health, future research may focus on whether copper deficiency could place someone at higher risk for nearsightedness.

“Our findings, plus information from the literature, suggest that copper deficiency could predispose people to develop myopia,” Young said. “While this wasn’t directly tested in this study, it’s possible that our diets – which are deficient in a number of minerals and vitamins – play a role, and it may be something as easy as taking a supplement with copper that helps thwart the development of myopia.”

Young noted that multiple factors are likely responsible for developing nearsightedness, and this warrants additional research. She hopes to continue by studying animal models with SCO2 mutations to better understand the gene’s connection with nearsightedness.