Earth-Sized Planets Forty Light Years Away Could Be Habitable

There could be water on multiple Earth-sized planets orbiting the recently discovered TRAPPIST-1 dwarf star - making them potentially habitable - according to an international collaboration of researchers, including the University of Warwick. 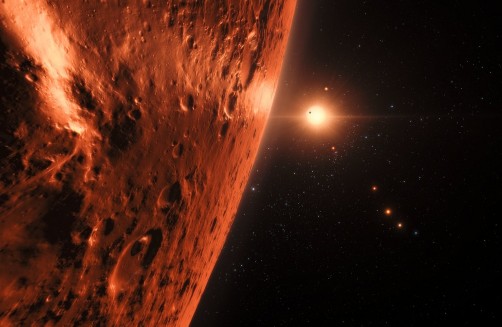 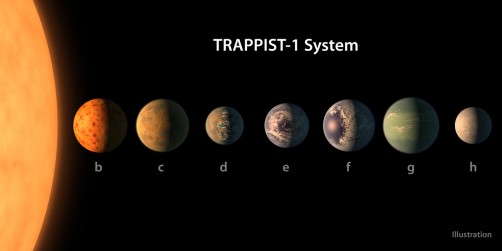 Newswise — There could be water on multiple Earth-sized planets orbiting the recently discovered TRAPPIST-1 dwarf star - making them potentially habitable - according to an international collaboration of researchers, including the University of Warwick.

Using the NASA/ESA Hubble telescope to estimate whether there might be water on the surface of the seven planets around TRAPPIST-1, the researchers found that although the innermost planets must have lost most – if not all – of their water, the outer planets of the system might still harbour substantial amounts.

The researchers measured the ultraviolet (UV) irradiation that the planets receive from TRAPPIST-1, as these UV rays cause water molecules to break apart into their constituent hydrogen and oxygen atoms - making them vulnerable to being driven off into space by the X-ray radiation from the star.

Professor Peter Wheatley, from the University of Warwick’s Astronomy & Astrophysics Group in the Department of Physics, played a significant part in the project, measuring the X-ray irradiation of the planets by their parent star.

The observed amount of ultraviolet radiation emitted by TRAPPIST-1 suggests that the planets could have lost gigantic amounts of water over the course of their history.

This is especially true for the innermost two planets of the system, TRAPPIST-1b and TRAPPIST-1c, which receive the largest amount of UV energy, and could have lost more than twenty Earth-oceans-worth of water during the last eight billion years.

However, the outer planets of the system — including the planets e, f and g which are in the habitable zone — should have lost much less water, suggesting that they could have retained some on their surfaces.

"It is exciting that we can now study the environments of individual Earth-sized planets. Our results suggest that water, and potentially life, could have survived in the TRAPPIST-1 system, despite the relatively intense ultraviolet and X-ray irradiation of the planets."

This study was led by the Swiss astronomer Vincent Bourrier from the Observatoire de l’Université de Genève.