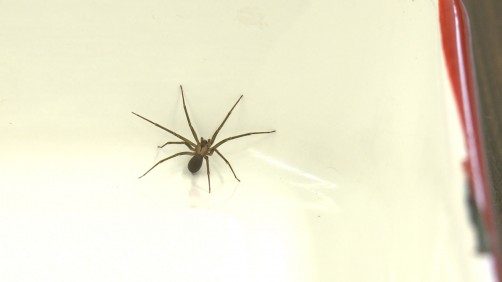 Newswise — MANHATTAN, Kansas — This is the time of year when the Kansas State University entomology department receives a lot of calls. The question most asked: Why am I getting so many spiders in my house?

"The nice thing about the brown recluse spider, as its name implies, is it is reclusive," he said. "We have reared spiders now for approximately two to three years and we have found the brown recluse to be non-aggressive."

Whitworth; Holly Schwarting, research associate in entomology; and J.R. Ewing, master's student in entomology, are researching the most reliable method of managing brown recluse spiders. Pest control operators are divided on whether sticky traps, pesticide or a combination of the two are a better way to kill spiders in your home.

Whichever form of removal you choose to use, Whitworth says to wait until March. Brown recluse spiders become inactive from mid-October until March.