Expert Q&A: How Much Schooling Do Nurses Need? 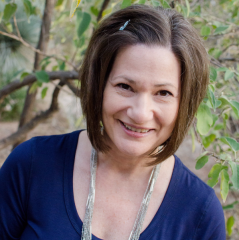 Newswise — In late December 2017, New York signed legislation mandating that all new nurses in the state earn a Bachelor of Science in nursing (BSN) within 10 years of initial licensure. The move sparked heated debate in the health-care industry, with legitimate arguments both in favor and against the new law.

While research has shown that hospitals with higher numbers of nurses with BSNs found lower rates of infection and mortality, some argue that bachelor’s degree-prepared nurses are less clinically capable than their colleagues with associate degrees (ADN). And with a massive nursing shortage projected over the next decade, there are worries about the time and cost it would take to get nurses into hospitals if they are required to take extra schooling.

Heidi Sanborn, clinical assistant professor and interim director of the RN-BSN and Concurrent Enrollment Program in the College of Nursing and Health Innovation at Arizona State University, weighs in on the situation and what it means for the future of health care in the U.S.

Question: What’s the difference between a BSN and an ADN?

Answer: On the surface the answer is nothing. Nursing is set up where you have different pathways to get to the same endpoint, the NCLEX exam, which everyone has to take to be a registered nurse. That’s the standard in all of North America. So they all graduate with the ability to be basic-level nurse practitioners. What differentiates the two is critical thinking skills. A BSN focuses on evidence-based practice, leadership, the bigger picture of global health and how it impacts communities and public health. But some argue that ADNs have stronger clinical skills because BSN teaches “fluff” skills that don’t involve, for example, how to dress a wound or start an IV. That’s the crucial difference.

What we’re learning is that both sides are important. So the model we have here at ASU blends the strengths of both programs together. It really gets nurses to the bedside quickly, and gives them the best of both levels of education.

With all this increase in focus on the BSN, while it may not impact nurses’ current jobs, if they want any kind of mobility, if they want to move up the career ladder, the BSN comes front and center for them. It’s becoming more of the norm, more of a desired trait from employers. The fact that New York could finally pass this legislation is definitely going to continue to put increasing pressure on ADNs to have that bachelor’s degree as well.

Q: Do you expect other states to follow New York’s example?

A: New York was sort of the floodgate; everybody said if New York couldn’t pass it, it wouldn’t happen. I do anticipate that other states may consider similar legislation but I don’t believe Arizona will be at the forefront. Both the Arizona State Board of Nursing and the Arizona legislature are very pro-business when it comes to hospitals; they see hospitals as businesses that need to keep their doors open. I think there would be concerns that if hospitals mandated nurses to have BSNs, they would have to pay nurses more because they have a higher level of education. So that’s always caused some hesitation. But there is some pressure from accrediting bodies to have more BSNs on staff.

There are also magnates that recognize hospitals for excellence in nursing, and magnate recognition can get hospitals more patients. It’s also a really a big feather in their cap when they’re looking to recruit nurses, so hospitals are really desiring that.

There’s still a long way to go: this issue has been around for many years and it’s not going to change in the next year or two. But this is a monumental first step given how long people have been working in the industry to get the BSN recognized as a critical credential.

Q: How might requiring nurses to have a bachelor’s degree affect the future of health care overall, especially considering the projected nursing shortage?

A: There really will be a nursing shortage, there’s no question about it. Arizona is looking to be 25,000 nurses short by 2025. The numbers are all over the map but it’s not looking pretty for most states; there are very few not projected to have shortage. Baby boomers are retiring and utilizing the health care system more as they age, and you have this double whammy effect where nurses are also nearing retirement. So that has been one of the fundamental arguments against adding two extra years of education before we can get a nurse to the bedside.

That’s where our program model comes into play. ADN programs can do what they’ve always done and get nurses to the bedside quickly while they continue to get to the education level they need to provide excellent care through the online BSN program. It’s kind of a win-win, and that’s probably most likely what the future of nursing education will look like, a partnership between two programs.