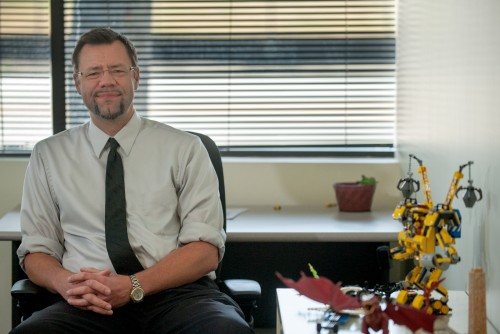 “This is an emerging field with great promise,” says Jean Gehricke, an associate professor of pediatrics at UC Irvine and a licensed clinical psychologist with the Center for Autism & Neurodevelopmental Disorders. “We know a bit about the underlying causes of ADHD, and through this, we may be able to improve how we treat autism.”

Newswise — For the better part of the last decade, a growing body of research has been revealing more and more similarities between attention-deficit/hyperactivity disorder and autism.

Jean Gehricke, an associate professor of pediatrics at UC Irvine and a licensed clinical psychologist with the Center for Autism & Neurodevelopmental Disorders, is focusing on this link to better understand why people with ADHD and autism may be more prone to substance abuse and, in the process, to develop more effective behavioral therapies.

“This is an emerging field with great promise,” Gehricke says. “We know a bit about the underlying causes of ADHD, and through this, we may be able to improve how we treat autism.”

The Center for Autism & Neurodevelopmental Disorders – which provides assessment, diagnosis, treatment, care coordination, family support and education for children, teens and young adults with autism and other developmental disorders – is one of only a few in the region to deliver a continuum of services until age 22 and to conduct research aimed at transforming the approach to autism.

Gehricke, who teaches 25 students in his lab, has expertise in the assessment and treatment of autism, ADHD and co-occurring problems such as depression, anxiety and drug abuse.

He joined the center in 2013. Before that, he worked at the UCLA Neuropsychiatric Institute & Hospital, the UCI Transdisciplinary Tobacco Use Research Center and the UCI Child Development Center, where he also provided comprehensive clinical assessments and cognitive behavioral therapy.

Gehricke is well-known for his scientific work on the underlying mechanisms of ADHD and drug abuse, having published a number of breakthrough articles showing why individuals with ADHD are more prone to smoke cigarettes or get hooked on other nicotine and tobacco products.

He’s taking this knowledge and applying it to autism. While people with ADHD and high-functioning autism share certain characteristics, such as difficulty interacting with others and problems with emotional control, Gehricke is especially interested in whether these issues have similar neurobiological underpinnings.

In a December 2014 study, he and his colleagues identified a genetic trait shared by those with ADHD and those with autism that sheds light on some of the more troubling behaviors associated with the disorders.

Gehricke explains that aggression and health-risk actions are driven by distorted dopamine signaling in the brain and that the DRD4 gene is critical in regulating this function. The researchers found that one form of the gene – called the 7R allele and linked to altered dopamine regulation – is overrepresented in both individuals with ADHD and those with autism. It’s the genetic fingerprint of these types of conduct, Gehricke says.

“This study provides a conceptual model for risky behaviors, which we often see in our patients, and explores the possibility of tailoring information to reduce them,” he says. “More specifically, it points to the need to use strong visual images to induce behavioral changes.”

Gehricke is especially focused on nicotine addiction – which, he points out, is another shared ADHD-autism inclination. He believes that early behavioral intervention with autistic children could be a particularly effective deterrent to smoking – the No. 1 preventable health threat in the world – and “vaping.”

Gehricke says that the intervention should include warning labels (such as those used with nicotine and tobacco) depicting the negative consequences of health-risk behaviors and presenting distinctive imagery visually stimulating enough to alter the activities of teenagers and young adults with ADHD and autism. Testing the effectiveness of this deterrent is the next step Gehricke plans to take with his 7R allele group.

“Research – such as the projects conducted by Jean – is one of the core pillars of our mission at the Center for Autism & Neurodevelopmental Disorders,” says Catherine Brock, executive director. “Through his efforts and the families that participate, we are better able to understand the underlying mechanisms of autism spectrum disorders and ADHD.”