Faith-centered Tattoos Are Analyzed in Study of University Students

Religious tattoos of college students are more likely than non-religious ones to face inward, perhaps as encouragement to live out one’s beliefs, Baylor University professor says

Newswise — With more than a quarter of U.S. adults now having tattoos — and nearly half of millennials sporting them — only a handful of studies have focused on religious tattoos. But a new study by researchers at Baylor University and Texas Tech University analyzes faith-centered tattoos and is the first to use visual images of them.

The study, published in the journal Visual Studies, analyzed 752 photos of tattoos taken at a Christian university in the United States and found that nearly 20% of those were overtly religious in content.

“The embrace of tattoos in the United States reflects a generational shift toward greater individualism and self-expression,” said lead author Kevin D. Dougherty, Ph.D., associate professor of sociology at Baylor University. “Americans born since the 1970s have increasingly embraced tattoos as an acceptable means to communicate identity and belonging, whereas previous generations of Americans largely did not. Today, men and women in the United States are equally likely to have tattoos.”

“An interesting discovery in our research is that the religious tattoos of college students are more likely than non-religious ones to face inward, toward the owner,” Dougherty said. For example, a tattoo on the inner wrist faces toward the owner.

“We speculate that religious tattoos may serve a different purpose than do tattoos of favorite sports teams, occupations or hobbies. While any visible tattoo is a public proclamation, tattoos oriented toward the owner represent a personal reminder of identity or affiliation. In this way, religious tattoos are personal but not private. They may encourage individuals to live in accordance with their religious beliefs.”

The study also found some evidence that a generally visible tattoo may be conceptually different from tattoos hidden by clothing, said co-author Jerome R. Koch, Ph.D., professor of sociology at Texas Tech University. He has studied body art on college campuses for more than a decade.

“Generally visible tattoos seem intended more toward stories of life and remembrance, which the wearer may be willing to openly discuss,” Koch said. “Tattoos which are only visible, say, to someone else with whom they are intimately involved may be more closely tied to sense of self, private memories and/or emotional conflicts.”

Photos used in the study were taken by sociology students as part of a semester-long research project. Researchers analyzed 752 photos by owners’ gender; whether the tattoos were religious in nature; and tattoo size — small (1 inch by 1 inch or smaller), medium (3 inches by 3 inches) or large (larger than 3 inches or more than a quarter of an arm or leg). The study also examined whether the tattoo faced the owner or faced out; and whether those with religious content featured an image, text or both image and text.

The analysis found that:

Researchers said they have no way of knowing if these findings apply to all students at the university or to students at other universities. They also say it is probable that they undercounted religious tattoos — in part because tattoos may have religious or spiritual connotations but not be recognized as such. Dougherty and Koch are expanding their research to a national level with random samples.

“So far, all our work has involved college students as respondents,” Koch said. “Since we know tattoos tell life stories, broadening our respondent base is the next logical step. How might life stories expressed through body art — religious and otherwise — differ by wider differences in the race, age and social class?”

“We have a study in progress on religion and tattoos in a national sample of U.S. adults,” Dougherty said. “Our research question is: Do religious people in the United States today get tattoos? We also have plans for a national survey on religious tattoos. This will allow us to determine the percentage of Americans with religious tattoos and how they differ from other Americans without a tattoo or with tattoos that have no religious significance.”

Future research also might examine how tattoos are viewed in other parts of the globe, Koch said.

“It would be interesting to compare and contrast the path toward legitimation of tattoos in different parts of the developed Western world,” he said. “We have some information from other scholars that, for example, conservative Catholicism in Latin America may continue to stigmatize tattoo wearers. So broader religious/folk culture may be in play where there is greater antipathy or stricter cultural norms against body art. Conversely, some of our students have reported that the fact their tattoo was religious lent legitimation with their families more than a tattoo of another type might.” 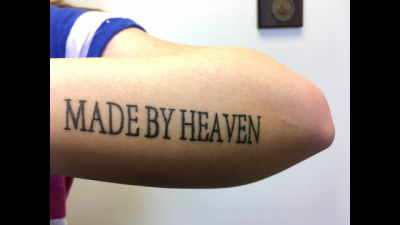 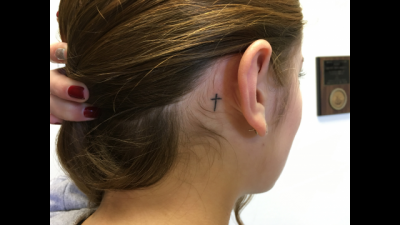 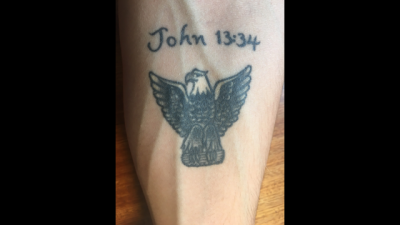