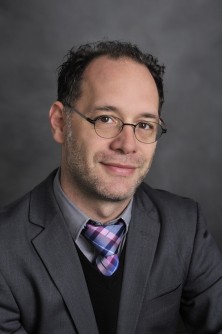 Social media’s role in circulating fake news stories has raised serious concerns about how the medium could be used to manipulate individual beliefs and understanding of current events.

According to Virginia Tech professor Mark Orr, scientists are just beginning to develop means of testing how effective social media content is at radically changing our way of thinking.

“The effect of fake news is quite complicated from a cognitive perspective,” said Orr. “It’s not as cut-and-dry as just processing information as it comes in. We’re deciding what information to process, where and when to forage for it, what to believe, and how to use it on an incredibly massive scale.”

“We know that information on social media is processed by humans in a way that is consequential, as evidenced by some very clever social experiments conducted in the past few years. Yet, the ‘how’ is largely unknown. The age-old question of how new knowledge is created from existing knowledge is at the center of this debate.”

Orr is a research associate professor in the Biocomplexity Institute of Virginia Tech’s Social and Decision Analytics Laboratory. His research expertise spans cognitive psychology, neuroscience, and computational modeling. His academic interests include the dynamic drivers of risky behavior and decision-making. In 2015, he undertook a million-dollar NSF research initiative to model the spread of beliefs through social media, along with collaborators from Sandia National Laboratories and Carnegie Mellon University’s Center for the Neural Basis of Cognition.