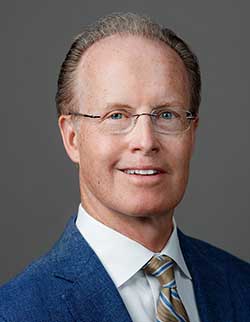 Newswise — The US Food and Drug Administration (FDA) approved a new total wrist replacement device earlier this month for people seeking relief from painful arthritis. The design is the culmination of three decades of award-winning research by Scott Wolfe, MD, a hand surgeon at Hospital for Special Surgery (HSS), and Joseph J. Crisco, III, PhD, director of the Bioengineering Laboratory at Brown University and Rhode Island Hospital.

The HSS Innovation Institute worked closely with Drs. Wolfe and Crisco to obtain a patent for their research and design ideas. The patent was then licensed to Extremity Medical, LLC, a privately funded medical device company in New Jersey.

“We believe the new wrist replacement, known as the KinematX™ Total Wrist Implant, has advantages over traditional implants,” said Dr. Wolfe, chief emeritus of the Hand and Upper Extremity Service at HSS. “Our extensive research into how the wrist moves helped us design a replacement that more closely matches the anatomy and motion of a normal wrist. This should allow for more natural motion and increased durability compared to currently available implants.”

“In our view, the KinematX™ will be a game changer in the field of wrist replacement surgery,” said Doug Leach, managing director of Biomechanical Innovation at the HSS Innovation Institute. “Current wrist replacement devices are relatively dated. The new implant design leverages the clinical and bioengineering experience of Drs. Wolfe and Crisco, their seminal research, and modern-day engineering and design principals of total joint replacement in general.”

Wrist arthritis is one of the most common and debilitating conditions treated by hand surgeons, affecting about five million people in the United States. A fusion of the wrist bones can alleviate pain, but patients are often limited in performing some activities. Wrist joint replacement surgery was proposed five decades ago as an option to relieve pain and restore function.

“Most people are familiar with total joint replacement in the knee or hip, which is much more common and highly successful,” said Dr. Wolfe. “Total wrist joint replacement has not enjoyed the same degree of success. Historically, some studies demonstrate failure rates of near 50% within 5 to 10 years, mainly due to loosening of implant components.”

Dr. Wolfe and his longtime colleague, Dr. Crisco set out to design a better wrist replacement 30 years ago. The first step was to unravel the complexity of how individual bones move in a normal wrist and in one that has sustained an injury. Their research led to the design and validation of a noninvasive three-dimensional motion analysis system to measure wrist kinematics, which describes the wrist motions necessary for a wide range of activities. Armed with that information, they sat down at Dr. Wolfe’s kitchen table and started sketching out their idea for a novel wrist replacement based on their research.

Over the years, Drs. Wolfe, Crisco and colleagues have received more than $10 million in research grants from the National Institutes of Health to study the wrist. They have published hundreds of papers in peer-reviewed journals. In 2017, they received the Kappa Delta Award from the American Academy of Orthopaedic Surgeons and the Orthopaedic Research Society, considered one of the highest honors for an orthopedic researcher.

The wrist is highly complex, made up of more than a dozen individual joints formed by eight small bones that collectively make up the wrist. It was previously believed that the wrist moved the hand in two different planes – up and down or side to side. The research by Drs. Wolfe and Crisco demonstrated that during many activities, such as throwing a ball, hammering a nail or pouring a glass of water, the wrist doesn’t move in just one of these directions. It accomplishes the action by combining movements in both planes.

“Traditional wrist replacements often constrain the wrist to move in one plane at a time, and this puts stress on surrounding joints," said Dr. Wolfe. “The increased loads on the implant-bone interface often lead to prosthesis loosening and mechanical failure. In addition, traditional implants often make it difficult or impossible to return to some activities, such as tennis or golf.”

The KinematX™ is the only wrist replacement that is computer-designed to mimic the kinematics, or motion, of a human wrist – movements that are instrumental in throwing, hammering and other high-performance activities, according to Dr. Wolfe. The unique design should enable the implant to be more durable than traditional wrist replacements.

Surgery with the KinematX™ entails replacing the proximal carpal row bones of the wrist, which are those most severely affected by osteoarthritis. The device utilizes modular components in various sizes to replicate the complex anatomy of the wrist and allow the motion necessary for occupational, recreational and household activities.

The Innovation Institute at HSS played a key role in the development of the new wrist replacement. “Our goal is to work with talented HSS physicians, inventors and entrepreneurs to empower them to develop innovations in musculoskeletal health that could improve or even revolutionize patient care,” Mr. Leach said.

Wrist replacement surgery with the KinematX™ will be performed on an outpatient basis. Dr. Wolfe says he already has a waiting list of individuals who are good candidates. A patient registry will be established at HSS and other leading medical centers across the country to track data on outcomes.

Extremity Medical, LLC will be responsible for the manufacture and distribution of the KinematX™ Total Wrist Implant, which is expected to be available before the end of the year.

About HSS | Hospital for Special Surgery

HSS is the world’s leading academic medical center focused on musculoskeletal health. At its core is Hospital for Special Surgery, nationally ranked No. 1 in orthopedics (for the tenth consecutive year), No. 3 in rheumatology by U.S. News & World Report (2019-2020), and named a leader in pediatric orthopedics by U.S. News & World Report “Best Children’s Hospitals” list (2019-2020). Founded in 1863, the Hospital has one of the lowest infection rates in the country and was the first in New York State to receive Magnet Recognition for Excellence in Nursing Service from the American Nurses Credentialing Center four consecutive times. The global standard total knee replacement was developed at HSS in 1969. An affiliate of Weill Cornell Medical College, HSS has a main campus in New York City and facilities in New Jersey, Connecticut and in the Long Island and Westchester County regions of New York State. In addition, HSS will be opening a new facility in Florida in early 2020. In 2018, HSS provided care to 139,000 patients and performed more than 32,000 surgical procedures, and people from all 50 U.S. states and 80 countries travelled to receive care at HSS. There were more than 37,000 pediatric visits to the HSS Lerner Children’s Pavilion for treatment by a team of interdisciplinary experts. In addition to patient care, HSS leads the field in research, innovation and education. The HSS Research Institute comprises 20 laboratories and 300 staff members focused on leading the advancement of musculoskeletal health through prevention of degeneration, tissue repair and tissue regeneration. The HSS Global Innovation Institute was formed in 2016 to realize the potential of new drugs, therapeutics and devices. The HSS Education Institute is the world’s leading provider of education on musculoskeletal health, with its online learning platform offering more than 600 courses to more than 21,000 medical professional members worldwide. Through HSS Global Ventures, the institution is collaborating with medical centers and other organizations to advance the quality and value of musculoskeletal care and to make world-class HSS care more widely accessible nationally and internationally. www.hss.edu.