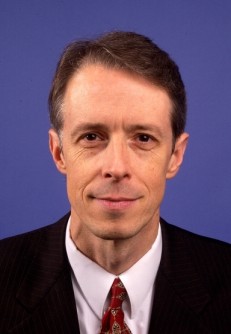 Newswise — According to finance scholar Kevin Jacques, “improbable events” that can impact the stock market happen more frequently than we may assume—and they can have devastating effects. “That’s because the standard models we use in finance simply don’t work,” says Jacques, professor and chair of the finance department at Baldwin Wallace University in Berea, Ohio.Prior to joining the college’s faculty in 2005, Jacques spent 14 years as an economist with the U.S. Treasury Department in Washington, D.C., where he was responsible for advising Treasury officials—in both Bush administrations and in the Clinton administration—on economic and financial policy issues. After joining academia and pouring through 65 years’ worth of stock market data he says, one thing became crystal clear: “All of it revealed to me that risk is significantly higher than portfolio managers would like us to imagine.”“Standard financial models have three primary flaws,” he explains. “First of all, they assume that what happens in the stock market in one month has nothing to do with what happens in the stock market the next month.” Second, he points out, traditional models don’t account for what are known as ‘black swans’ or what are sometimes called ‘fat tails’ which are really improbable events that aren’t supposed to occur—but do happen much more frequently than standard finance models would suggest. Finally, he adds: “In reality, stock markets have these periods when they are quiet, when volatility is low, and periods when things are quite volatile, jumping all around—and standard models can’t account for that.”“So, if you use these standard approaches to finance and portfolio optimization and how to pick stocks, things that financial planners use, when advising their clients, you’ve underestimated how much risk there really is.” What if there was a better and more accurate approach to financial modeling that could anticipate, understand and thus minimize risk? Professor Jacques has revisited some of his work with one of his students to develop a new model that he says is more accurate to predict market fluctuations and anticipate risk than any financial model that has ever existed before. The past few years, Jacques has been working to refine an approach that he and a Baldwin Wallace finance major had started developing in 2007. “From it,” he says, “I built a model using what is known as the Monte Carlo simulation approach, a broad class of computational algorithms that rely on repeated random sampling to obtain numerical results.” His former student, Elva Coadari, graduated in 2008 and now works in banking in Philadelphia, he says. He calls the model he’s developed from their early work together the C-J Short-Run Dynamics Model (the “C” stands for Coadari and the “J” stands for Jacques).“I don’t try to forecast what the market’s going to be,” he says, “I’m able to look at how the market actually behaves in a mathematical sense, then I’m going to hit a button and based on a series of probability distributions the model is going to randomly go out, month to month, over five years and simulate how the market is going to behave.” Then, he says, “It’s going to do it again and again, two-thousand times, with one push of the button, and then it will take all those 2,000 observations and it will compress them down into a table that offers a look at how likely certain events might occur, based on those 2,000 simulations. It will do this anywhere from a month from now to five years out.”While several finance scholars and even a few financial organizations have also considered how best to factor improbable events into financial models, Jacques’ C-J model undertakes a quarter-million calculations to provide a unique probability-based assessment of risks in the stock market. And the model accounts for the three primary flaws in traditional stock market models.For all intents and purposes, Jacques says, “it’s mathematically mimicking exactly what we’ve seen in the market over the past 65 years.” Looking ahead, he says, the model he’s developed gives him the ability to predict how likely an event is to occur or how likely it might be--and most importantly to anticipate the risks of the market. “I don’t like to call it ‘forecasting,’ as much as a tool to help us better understand risk and also to understand when and how likely it is that some of these really bad events will occur.”Currently, the Baldwin Wallace University professor is using the C-J model he’s developed as a teaching and learning tool on campus, sharing its application and features with students who study finance and with the university’s student investment club. “They find it interesting, because it is obviously a very powerful tool that you can tailor to what you need,” he says. “Eventually,” Jacques says, “I do plan to develop it commercially, because it does a much better job of anticipating risk…and there’s really nothing like it out there, today.”