From DNA to Diagnosis: USTAR Center for Genetic Discovery to Integrate Genome Data into Patient Care 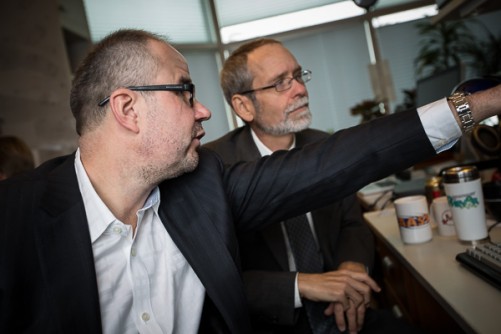 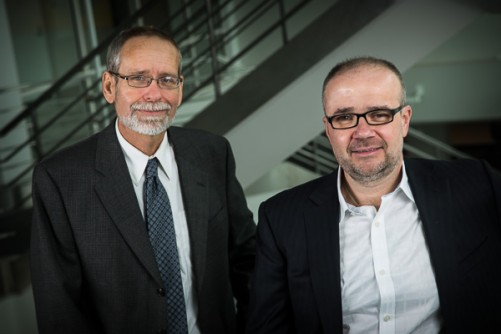 Newswise — SALT LAKE CITY – The USTAR Center for Genetic Discovery is partnering with California based Omicia, Inc, to make analyzing a patient’s genome as routine as performing a blood test. The center, co-directed by Mark Yandell, Ph.D., and Gabor Marth, D.Sc., was launched this month with $6 million from the University of Utah and the state-funded Utah Science Technology and Research (USTAR) initiative.

Compared to 10 years ago, sequencing the human genome has plummeted in cost by 1 million-fold and can be completed in a fraction of the time. Yet there are still barriers preventing DNA sequence information from routinely being incorporated into patient care.

“Current systems are not prepared for the increasing amounts of data we will be seeing within the next few years,” said Marth, a computer scientist who was instrumental in the success of high profile projects such as the Human Genome Project, HapMap Project, and 1,000 Genomes Project. He relocated to the University of Utah from Boston College to apply his skills in a medical setting.

“At some point all of humanity will be sequenced, and potentially more than one genome per individual,” he continued. Marth and Yandell will lead efforts to tame the big data to come not only from personal genomes, but also tumor genomes and “metagenomes” from infectious disease agents such as viruses and bacteria.

Knowing the DNA sequence of a cancer patient’s tumor, for example, may reveal a personalized treatment plan for combatting the disease. Pinpointing tiny sequence variations in personal genomes will expose inherited diseases that, in some cases, may be life-threatening.

“What we want to be able to do is help the kid who is born with a hard-to-diagnose genetic disorder,” said Yandell. “Our genome interpretation tools will be able to identify that disorder and guide treatment.”

Together with Omicia, Inc., the USTAR Center for Genetic Discovery is building a web accessible informatics platform, called Opal, to distill genome data to clinically relevant findings. Opal is powered by VAAST, a proven disease gene finder algorithm invented by Yandell. Launched less than two years ago, VAAST has successfully identified causes of inherited diseases, including hard-to-diagnose rare diseases, and is used at 251 institutions worldwide.

Listen to an interview with Gabor Marth 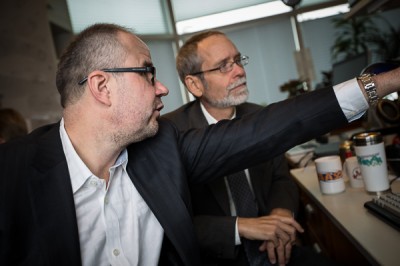 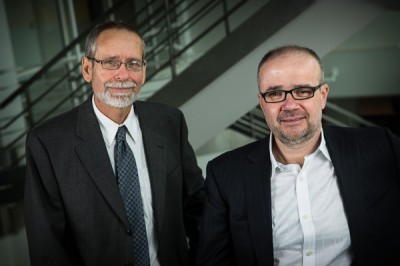