From the Room Next Door to the Next Planet Over

27-Mar-2017 11:05 AM EDT, by Perelman School of Medicine at the University of Pennsylvania contact patient services
favorite_border 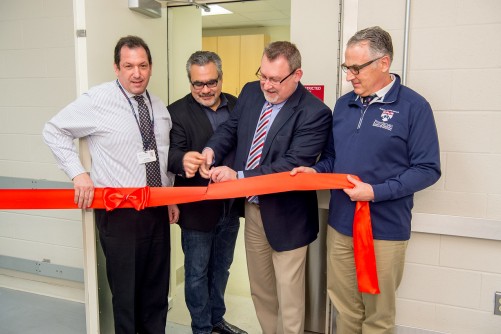 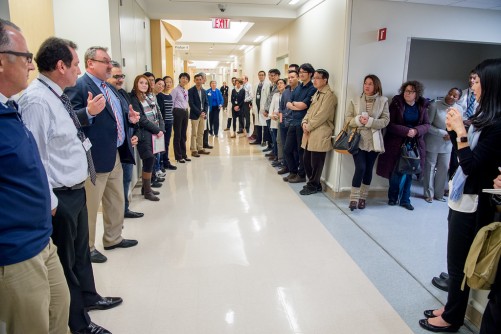 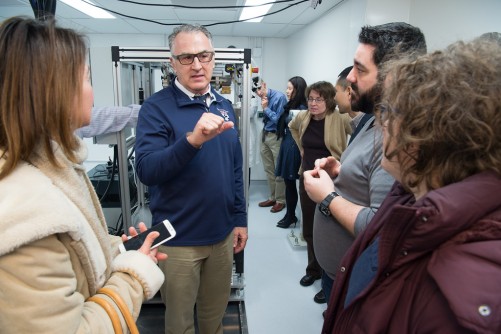 Newswise — “What goes on down there?”

A voice asks the question aloud as a large group gathers in front of a closed door at the end of a hallway. For a group of employees who all work in the same building, their areas of expertise are remarkably diverse. It includes doctors, physicists, researchers, and staffers from all corners of the field of oncology and beyond. They’ve come together for a ceremonial ribbon cutting for a room that, on first glance, seems like any other lab, and prompts the question from a passerby about its purpose.

But the new Albert Chadwick Research Room inside the Roberts Proton Therapy Center is no ordinary laboratory space. In fact, there’s nothing else quite like it anywhere else in the United States, and whether it’s treating patients with cancer or helping NASA with its plans to send astronauts to Mars, the discoveries that could propel scientists forward will happen right here.

“This is something that’s been on our minds for years, really since the early 2000s, and it’s exciting to see it finally come to fruition,” said James Metz, MD, chair of Radiation Oncology at Penn Medicine.

What makes the room so unique is its radiation research platform – a miniaturized version of the equipment used in modern radiation oncology clinics like the one down the hall. The platform is designed to precisely deliver photon radiation – the traditional kind used to treat cancer patients. However, it is also mounted on a rail system so it can also be positioned directly in front of the research proton beam. Patients have been treated at the Roberts Proton Therapy Center since 2005, but researchers have only had limited access in terms of the amount of time they were able to use the beam for experiments. With the opening of this facility, that is all about to change.

“Several facilities have one or the other modality, but only a few in the entire country have both, and none of those have integrated their capabilities into a single room,” said Costas Koumenis,PhD, vice chair and director of Research in Radiation Oncology.

The ability to do photon and proton research side-by-side can have an impact further than the cancer clinic down the hall. Much further. Next-Planet-From-The-Sun further.

The radiation used for cancer therapies is a much more targeted version of what exists in outer space, and exposure to that radiation presents a major health risk, and thus a serious challenge for NASA, SpaceX, and other organizations trying to explore the solar system. Since so few humans have ever spent extended time in space, it’s important to be able to simulate space-like radiation conditions here on earth. That’s where Penn’s new research room comes in, and the effect goes beyond just humans. It’s also important for electronics.

“If your computer is affected and your software crashes in space, your mission is over,” said Lei Dong, PhD, vice chair and director of Medical Physics. Dong has worked with SpaceX and Boeing in the past to test the effect radiation has on electronics and the recovery software necessary to make sure those devices work when exposed to space-like levels. Now he’ll continue that work at Penn in partnership with NASA and others in the aerospace industry. He says the ability to work with both photons and protons in the same room is very unique.

“Even other facilities that are equipped to do both may not have them in the same setting,” Dong said. “If you run an experiment in two different rooms, there are other variables that could affect radiobiological studies. With this room, we can prepare everything side-by-side and perform a true comparative study between the two radiation modalities.”

Closer to home, the facility has the potential to advance groundbreaking immunotherapies like checkpoint inhibitors – which attempt to free the body’s immune system to fight cancer. It also has a key role to play for the future of radiation vaccine research – called RadVax for short – in which doctors are trying to understand why targeted doses of radiation can boost the body’s entire immune system in select cases.

“This now provides the technology to do pre-clinical research just feet from the clinic itself,” said Robert Vonderheide, MD, DPhil, the Hanna Wise Professor in Cancer Research. “In a major collaborative effort across our cancer center, the team will be able to design combination therapies, test them right in this facility, and then translate them directly to the clinic in the next room over. You can’t narrow the gap from bench to bedside any further. This is a unique opportunity for Penn Radiation Oncology and the Abramson Cancer Center.”

“Doctors now also have the ability to bring the same diseases they’re seeing in the clinic right into the laboratory and experiment on them in a pre-clinical setting,” said Stephen Tuttle, PhD, an adjunct assistant professor of Radiation Oncology who was recognized as a key figure in helping this research room come together by members of the Radiation Oncology brass.

From outer space to inner-workings of a tumor inside the human body, the new research room has enormous potential.

“The research that happens here could take us places we haven’t anticipated yet,” Metz added. “But from drug discovery to mechanical discovery, and of course the exciting work connected with sending astronauts into space, the truth is there’s really no other facility quite like this.” 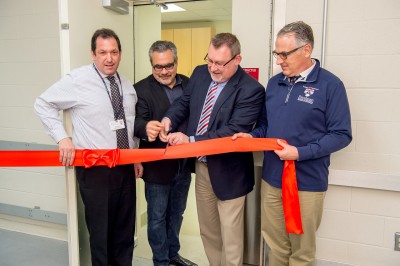 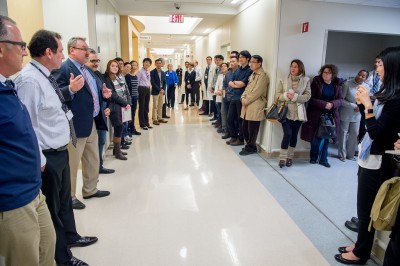 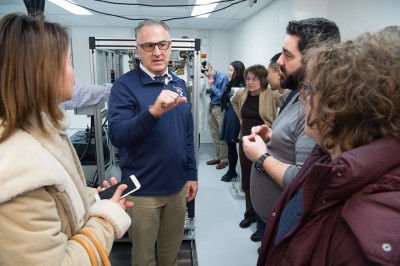