Study has Implications for Obesity, Epigenetics 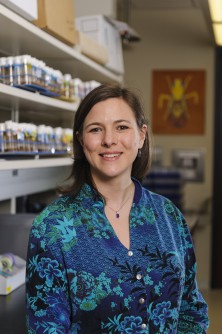 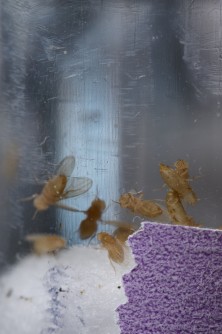 Newswise — For a fruit fly, what its grandparents ate may affect how much it weighs. But the passing down of a body type based on diet is not a simple cause and effect, a researcher has found.

The significance of the research is that similar relationships between generational diet and obesity may hold true for humans as well.

Dr. Laura Reed, University of Alabama assistant professor of biological sciences, studies obesity by experimenting on multiple generations of fruit flies, or Drosophila melanogaster. She and her colleagues fed some fruit fly larvae on a high-fat diet and a control group on a regular diet.

The paper containing the results, “Genetic and sex-specific transgenerational effects of a high fat diet in Drosophila Melanogaster,” published Aug. 12, in the journal PLOS ONE.

The researchers then study weights and phenotypes – physical characteristics, such as fat storage -- of subsequent generations of fruit flies fed on a regular diet. Flies with the high-fat grandparents may have the obese phenotype, depending on which grandparent – grandma or grandpa -- got the special diet.

“For flies -- as has also been shown in humans and other systems -- what their grandparents eat affects the descendants’ body weight,” Reed said. “Two genetically identical flies that are raised on the same diet could have predictably different weights if one fly’s grandfather ate a high fat diet verses if the other fly’s grandmother ate a high-fat diet.”

Reed’s coauthors are Kelly Dew-Budd of the School of Plant Sciences at the University of Arizona and Julie Jarnigan, research technician in the biological sciences department at UA. The study examines the genotype – genetic makeup – and traits of 10 genetic lines of three generations of flies. They arrived at three primary conclusions:

-- Important differences exist between genotypes and sexes in how the ancestral high fat diet affected the subsequent generations.

-- The sex of the ancestor exposed to the high fat diet influences how and if subsequent generations are affected.

-- The phenotype of the ancestor in response to its diet is not a reliable predictor of the epigenetically inherited phenotype of the offspring. Just because the grandparent received a high-fat diet did not necessarily mean that all descendants will show characteristics of obesity.

“The implication of these results is that, given our interest in understanding and preventing metabolic diseases like obesity, we need to consider the contribution of ancestral environmental experiences,” Reed said. “However, we need to be cautious when drawing population-level generalization from small studies, because transgenerational effects are likely to exhibit substantial sex and genotype specificity.”

Reed said this research explores “epigenetics,” a current trend in popular science that explores whether inherited traits from ancestors can be determined by environmental factors.

Environment can change how genes express characteristics without changing the genetic code itself. The study implicates epigenetics, but much more study is necessary to fully understand how the effects are transmitted mechanistically.

"Imagine two identical strands of multicolored holiday lights,” Reed said. “The strands represent the DNA of two organisms while the bulbs represent individual genes. Even though the strands are the same, it is possible for the individual bulbs to be on or off in a distinct pattern between the two strands. Similarly, genes can be turned on or off, or expressed, in different patterns on two strands of DNA. The pattern of gene expression is determined by epigenetics."

The current study shows that environment – the fatty diet – may change the phenotype of descendants, but it’s still too soon to generalize the findings to an entire population, or, for that matter, to human society. A link exists, but its strength is still debatable, given the influence of which grandparent got the high-fat diet.

“The implication of these results is that, given our interest in understanding and preventing metabolic diseases like obesity, we need to consider the contribution of ancestral environmental experiences,” Reed said. “However, we need to be cautious when drawing population-level generalization from small studies.” 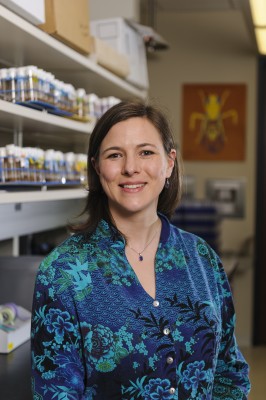 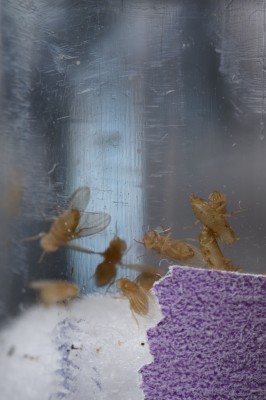