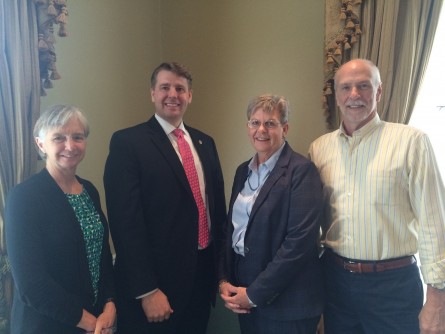 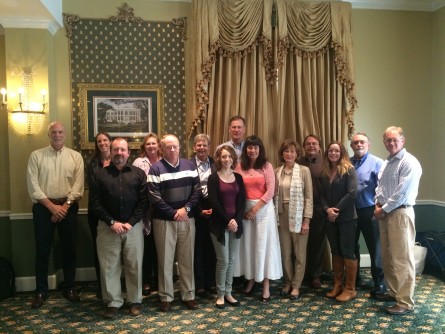 Newswise — The Gulf of Mexico Coastal Ocean Observing System Regional Association (GCOOS-RA) welcomed 10 new voting and non-voting members at the organization's annual meeting in New Orleans (March 30-April 1). The new members represent academia, industry and NGO stakeholder groups conducting business or research in the Gulf of Mexico. GCOOS-RA is a nonprofit organization responsible for developing a network of business leaders, marine scientists, resource managers, governmental and non-governmental organizations and other stakeholder groups that combine their data to provide timely information about our oceans to the public, industry and others. The information collected and disseminated by GCOOS-RA helps to protect:• Coastal communities from natural and man-made hazards like hurricanes and oil spills• Public health and safety from things like harmful algal blooms and man-made contaminants• Safe navigation in the Gulf of Mexico

"GCOOS plays an enormously valuable role in providing data on everything from the economy to improved hurricane forecasting," said U.S. Sen. Roger Wicker (R-Miss.). "This information supports safe and timely shipping for goods coming through the Gulf Coast's many seaports. I am pleased to see the group's membership grow as more stakeholders become engaged in its mission."

The new members represent industry, government and academia. They are: Voting Members:

• Darren Henrichs, Texas A&M University• Richard Allard, Naval Research Laboratory• Jeffery P. Morin, RPS Evans Hamilton• John Lever, Naval Meteorology and Oceanography Command • Rafael Ramos, Woods Hole Group "The strength of GCOOS is in its diversity of members and their dedication to the vision of an integrated ocean observing system to the Gulf of Mexico," said Dr. Barbara Kirkpatrick, GCOOS Executive Director. "We're pleased to have new members representing a variety of stakeholder groups that can bring many perspectives to the development of a Gulf observing system that meets the needs of many different sectors - from resource management to business interests." In addition to welcoming new voting and non-voting members to the organization, the GCOOS-RA also welcomed new and returning members to its Board of Directors. The Board helps to set GCOOS policy and revises bylaws and other documents. Directors also help guide the organization's business model, approve the budget and, at members' requests, endorse submitted proposals as needed. Board terms are three years and Directors are not paid. Returning Board Members:

• Jan van Smirren, Partnership Managing Director for the Energy Sector at British Maritime Technology. Van Smirren was an original member of the GCOOS Technical Committee and is a past board Chair and Executive Committee member who has served on numerous working groups. He has more than 30 years of experience in commercial oceanography.• Dr. Stephen Howden, Associate Professor in the Department of Marine Science at the University of Southern Mississippi. Dr. Howden has directed the Central Gulf of Mexico Ocean Observing System since 2003 and has been involved with GCOOS since 2003 in a variety of roles, including chairman and serving on numerous task teams.• Charlene Bohanon, Water Quality Program Manager, Galveston Bay Foundation. Bohanon serves as a grant writer, program developer and project manager for a variety of water quality efforts including the Upper Gulf Coast Oyster Waters TMDL Implementation Plan, Clean Water Partnerships, College Research Experience and various campaigns, workshops, and citizen advocate programs at the Foundation.• Dr. Pat Hogan, Naval Research Laboratory. Hogan is an oceanographer who serves as the head of the Open Ocean Processes and Prediction Systems Section at the Naval Research Laboratory, Stennis Space Center. In addition to directing the global ocean forecasting research, Dr. Hogan has been modeling and forecasting the Gulf of Mexico circulation for many years. These models have been and are used by many in the community for research and for boundary conditions to nested regional models within the Gulf.

New to the Board:

Dr. Ruth Mullins-Perry is with Shell Upstream Americas, where she supports the Regulatory Policy Team and other Shell Exploration and Production Offshore teams in marine science and marine environmental issues integrating marine science and ocean technology into regulatory policy advocacy and decision-making. Her focus areas include marine sound from seismic activities, marine spatial planning, ocean observing systems and marine mammal science. She has been involved with GCOOS since graduate school and has worked on new data products, built new relationships with stakeholders and expanded education and outreach activities. "GCOOS really depends on its volunteer board to help set the organization's direction and help connect its activities to the needs of stakeholders in industry, resource management and the scientific community, along with the public," said GCOOS Board Chairman David Driver. "We'd like to welcome our new and returning members and we also want to thank Alan Hart of Continental Shelf Associates, who is rotating off the Board, for his many years of dedicated service to supporting GCOOS and its mission." 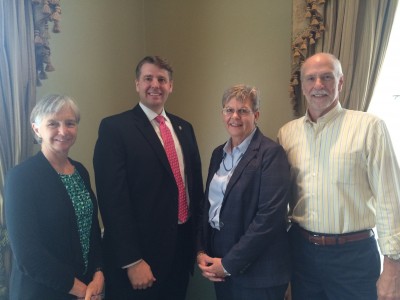 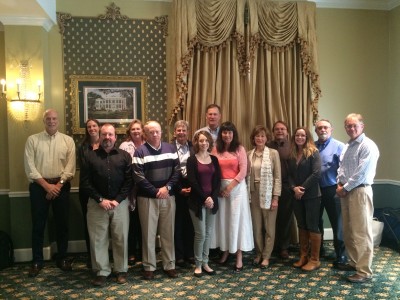