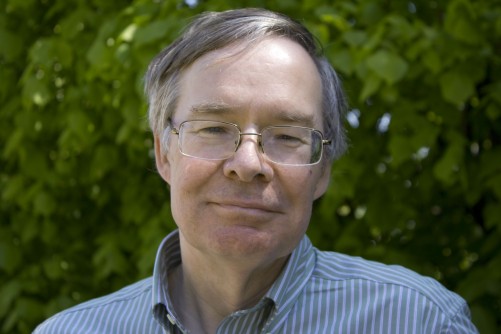 Jonathan Hodgkin is the 2017 winner of the Novitski Prize.

Newswise — The Genetics Society of America (GSA) is pleased to announce that Jonathan Hodgkin, PhD is the 2017 recipient of the Edward Novitski Prize in recognition of his extraordinary creativity and intellectual ingenuity in solving significant problems in genetics research. Hodgkin uncovered the sex determination pathway in Caenorhabditis elegans, an important and widely used model for animal development and genetics. His innovations and contributions to genetic analysis, including the use of suppressor screens and epistasis analyses, helped advance the field in many ways. Hodgkin is a Professor in the Department of Biochemistry at the University of Oxford.

“Jonathan Hodgkin is a major innovator in C. elegans genetics and has tirelessly served the model organism community for decades,” says Eric Haag, PhD (University of Maryland). When Hodgkin began working in the 1970s, the main model for sex determination was the mammalian XY system. Unlike mammals, most C. elegans individuals are hermaphrodites and males are rare. These males have an X0 genotype, and typically result from chromosomal nondisjunction events during meiosis. Hodgkin was the first to perform screens to find mutations that turned XX hermaphrodites into males. From this beginning, he used elegant genetic studies to identify important components of the C. elegans sex determination pathway. He inferred the order of genes in the pathway and their modes of regulation using epistasis analyses, a powerful tool that was quickly adopted by other researchers.

Hodgkin led the field in several other areas in addition to his work on sex determination. He expanded the number and use of informational suppressor mutants in C. elegans, which are able to act on many genes. He also introduced the use of collections of wild C. elegans to study naturally occurring genetic variation, paving the way for SNP mapping and QTL analysis, as well as studies of hybrid incompatibilities between worm species.

The Novitski Prize recognizes a single experimental accomplishment or a body of work in which an exceptional level of creativity and intellectual ingenuity that has been used to design and execute scientific experiments to solve a difficult problem in genetics. It recognizes the beautiful and intellectually ingenious experimental design and execution involved in genetics scientific discovery. The Prize, established by the Novitski family and GSA, honors the memory of Edward Novitski (1918-2006), a Drosophila geneticist and lifelong GSA member who specialized in chromosome mechanics and elucidating meiosis through the construction of modified chromosomes.

The Prize will be presented to Hodgkin at the 21st International C. elegans Conference, which will be held June 21-25 at the University of California, Los Angeles. To learn more about the GSA awards, and to view a list of previous recipients, please see http://www.genetics-gsa.org/awards.