Dr. Normand Laperriere, radiation oncologist at Princess Margaret Cancer Centre, says he anticipates this combined therapy will be the treatment strategy broadly adopted around the world for patients 65 and older. 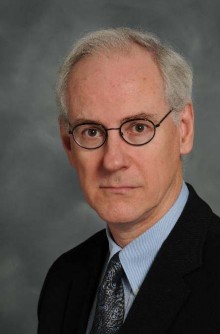 For 45% of the study participants, improved survival almost doubled – from 7 months to 13.5 months, says co-principal investigator Normand Laperriere, radiation oncologist at Princess Margaret Cancer Centre, University Health Network. This was linked to a molecular marker that indicated if a DNA repair mechanism against the drug was active. When the mechanism was “off”, tumours responded better to treatment.

“Everyone benefited to a varying degree and the study confirmed the predictive nature of the molecular marker in the largest sample to date where the status was known. We anticipate this combined therapy will be the treatment strategy broadly adopted around the world for patients 65 and older because it makes a significant difference in the course of this terrible disease,” says Dr. Laperriere, who is also a Professor in the Department of Radiation Oncology, University of Toronto.

From 2007 to 2013, the randomized Phase III clinical trial enrolled 562 patients with glioblastoma, the most common malignant brain cancer in adults. Average age of onset is 65 and there is no cure. The incidence of glioblastoma is increasing in aging societies with half of all patients now 65 or older. In the study, patients ranged in age from 65 to 90; two-thirds were 70 or older.

“There has been no clear standard of care for treatment of glioblastoma in the elderly,” says Dr. Laperriere. “For patients under 65, the protocol is six weeks of radiation therapy plus the drug, but this regimen is poorly tolerated by older patients.”

Temozolomide is an oral chemotherapy (taken as a pill) which is extremely well tolerated, and participants in both arms of the study reported no differences in quality of life. “The drug is so well tolerated, there is no downside in administering it to all glioblastoma patients,’’ says Dr. Laperriere. “Thankfully in such a terrible disease, at least we have therapies that are easy on the patient and easy to take.”

About Princess Margaret Cancer Centre, University Health Network The Princess Margaret Cancer Centre has achieved an international reputation as a global leader in the fight against cancer and delivering personalized cancer medicine. The Princess Margaret, one of the top five international cancer research centres, is a member of the University Health Network, which also includes Toronto General Hospital, Toronto Western Hospital, Toronto Rehabilitation Institute and the Michener Institute for Education; all affiliated with the University of Toronto. For more information, go to www.theprincessmargaret.ca or www.uhn.ca .

About the Canadian Cancer Trials Group (CCTG)The CCTG is the only Canadian cooperative cancer trials group conducting the entire range of cancer trials from early phase studies to large international randomized controlled trials across all cancer types. Its primary mission is to assess the effectiveness of interventions to prevent the development of cancer or improve the care of those patients who do develop cancer. It is a national research program of the Canadian Cancer Society. Its Central Operations and Statistics Centre is located at Queen's University in Kingston, Ontario, Canada. For more information on CCTG, please visit https://www.ctg.queensu.ca/.