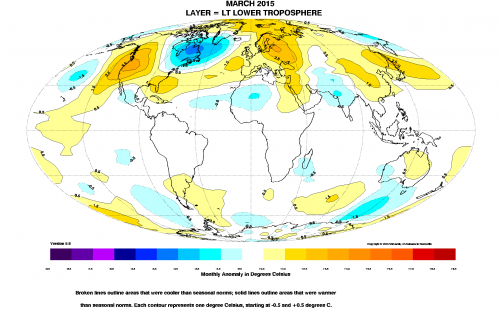 March’s global temperatures were highlighted by the contrast in the continental U.S., with cold in the east and warmth in the west, a pattern that persisted from January, according to Dr. John Christy, director of the Earth System Science Center at The University of Alabama in Huntsville. For the third month in a row, Earth’s warmest and coldest temperature anomalies in March were both in North America.

Anyone accessing the satellite temperature anomaly dataset through the website should be aware that a problem in the code creating the USA49 column of numbers has been identified and corrected, changing the values reported for that column alone. 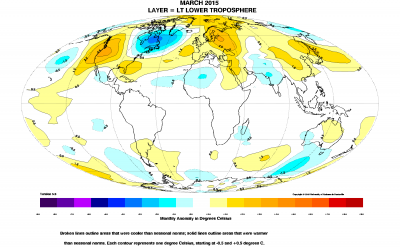