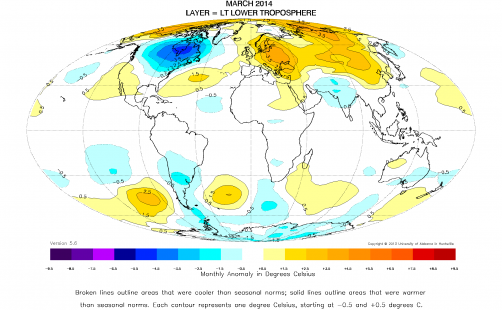 March was similar to February, in that warm and cold areas balanced each other in the tropics and Southern Hemisphere, according to Dr. John Christy, a professor of atmospheric science and director of the Earth System Science Center at The University of Alabama in Huntsville. North America was cooler than normal, while Eurasia was warmer. March was the sixth month in a row with below normal temperatures in the lower 48 states. 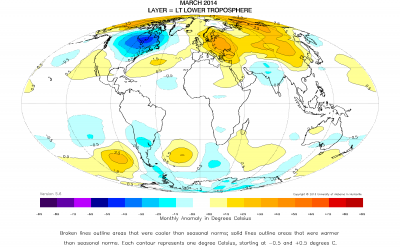