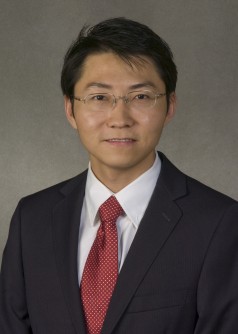 Newswise — We all know that person at work who goes above and beyond their job description, who puts in a little extra effort and makes it easier for everyone. A new study from the University of Iowa suggests managers can improve their work teams’ performance by focusing their motivation efforts on that “extra miler” instead of trying to motivate everyone equally.

The study finds that teams function better when the team member who shows the most willingness to go above and beyond their job description—whom the researchers dub the extra miler—is in a more central position in the workflow where they come into contact with as many teammates as possible.

“The extra miler has more of an influence in the center because they have more contact with other workers and because others can see what they’re doing,” says lead researcher Ning Li, professor of management sciences in the Tippie College of Business. “Through this role modeling, everyone on the team becomes better. If the extra miler is on the periphery, they don’t come into contact with as many team members and nobody notices them.”

They found that extra milers typically went the extra mile by showing two behaviors—helping and voice. Li says helping behavior means they physically assist other workers with their jobs, for instance, if they’re overwhelmed, or out sick. Voice behavior means they provide leadership by speaking up to make constructive changes that provide a better work flow, or work with management to make the job easier for the workers.

They then looked at where the extra miler was located in each team’s workflow network—were they in a place that required they come into contact with many other team members, or were they relatively isolated and came in contact with fewer co-workers?

Li says the higher performing teams in the study typically had such outcomes as a more balanced work load, more self-developed solutions to team challenges, and less direction from management.

He says the study shows that managers should organize work teams based on the individual characteristics of the team members, and not just treat workers as interchangeable.

“It demonstrates that you need to pay attention to key players in a team because some of them are more important than others,” he says. “Management can rely on the extra miler to have a positive impact on the team and know that person will help to manage the team.”

Li’s study, “Achieving More With Less: Extra Milers’ Behavioral Influence on Teams,” was co-authored by Tippie College doctoral students Helen Zhao, Sheryl Walter, and Jia Yu; and Xin-an Zhang of Shanghai Jiao Tong University. It will be published in a forthcoming issue of the Journal of Applied Psychology and is available online at http://psycnet.apa.org/psycinfo/2015-04971-001/.

In the Workplace Local - Iowa All Journal News