Newswise — Over the past year, the issue of power efficiency has become particularly important in light of recent reports that spending on power and cooling is fast approaching, if not exceeding, new server spending in datacenter environments.

Wu Feng of the departments of computer science (CS) and electrical and computer engineering (ECE) and Kirk Cameron of the CS department at Virginia Tech, will launch the Green500 List in November. The purpose of the Green500 List will be to provide a ranking of the most energy-efficient supercomputers in the world, and hopefully, shift the focus of supercomputer design to adopt a more energy-efficient and power-efficient approach.

Feng and Cameron argue that it is time to focus on performance metrics other than speed, such as energy efficiency and reliability. This sentiment is shared by Horst Simon, the associate lab director of computing sciences at Berkeley National Laboratory and TOP500 author. "Since the turn of the century, Associate Professors Feng and Cameron have been intimately aware of the issues of power before looking at power was 'cool.' The Green500 List will serve as a timely complement to the TOP500 List," said Simon.

"Vendors and system architects take significant pride and expend enormous effort to make the TOP500 List biannually," said Feng. "That results in exponential increases in supercomputing performance, but at a price: the power consumed by a single supercomputer today may cost millions annually and rivals the amount consumed by small cities," Feng remarked.

In other words, computing can provoke the ire of environmentalists. "Wasted power can equate to wasteful carbon emissions when the electricity comes from coal sources," said Cameron. "Thus it is both economically sound and environmentally sound to improve the power efficiency of supercomputers."

Feng has been aware of this concern ever since he conceived the notion of Green Destiny, a low power, but still high-performance, supercomputer in 2001. Green Destiny achieved a Linpack rating of 101 Gflops in April 2002, which would have placed it on par with a Cray T3D MC1024-8 supercomputer at #393 on the TOP500 List at the time. In 2002, he expanded this research to include systems software that automatically reduces power consumption while maintaining performance as part of his project on "Supercomputing in Small Spaces."

Cameron also began work in 2002 to show that supercomputers could maintain performance and reduce power consumption at the same time. "Power efficiency is definitely a decisive factor in supercomputer design, but the story doesn't end there " performance is critical," Cameron said.

"We noticed that while peak performance and power consumption were steadily increasing, achieved performance was leveling off which offered opportunity to create new technologies to improve power efficiency without reducing performance."

The pair of researchers observed that power consumption has additional side effects. A large supercomputer such as Japanese Earth Simulator is capable of producing enough heat to warm a domed stadium. This heat substantially increases maintenance costs and reduces the system's reliability. Consequently, major companies such as Google note that "what matters most to computer designers at Google is not speed but power " low power," according to a September 2002 issue of the New York Times.

More efficient use of power results in less heat produced and less need for expensive and elaborate cooling systems. Power continues to be a concern of the ecologically-minded Google as it builds a massive data center at The Dalles in Oregon to leverage inexpensive local power and the cold water of the Columbia River.

Power and heat have also led to an extraordinary increase in the total cost of ownership (TCO) of a supercomputer " the cost over the life cycle of the machine in acquisition, cooling, and maintenance. Today, the costs of powering and maintaining a supercomputer exceed the hundreds of millions spent on hardware acquisition.

To raise awareness and incentivize energy-efficient designs, the two scientists propose a complementary list to the TOP500 " the Green500 List.

"We have made a case for a Green500 Supercomputer List, a list that would not only take performance " relative to speed " into consideration, but would also take power efficiency into account when ranking supercomputers," Feng said.

"The Green500 is a work in progress. Over time we anticipate increased participation and improvements in the ability of the list to reflect high performance and energy efficiency as technologies improve," said Cameron.

"One of the more important aspects of high-performance computing today is the power consumption of our system. The Green500 is an excellent way to focus and raise awareness in this aspect of high-performance computing," said Jack Dongarra, TOP500 author and University Distinguished Professor at the University of Tennessee and Distinguished Research Staff Member at Oak Ridge National Laboratory.

For more information on the Green500 List, please go to http://www.green500.org/. 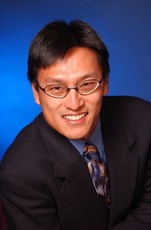 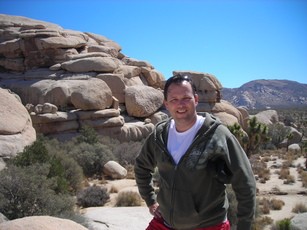