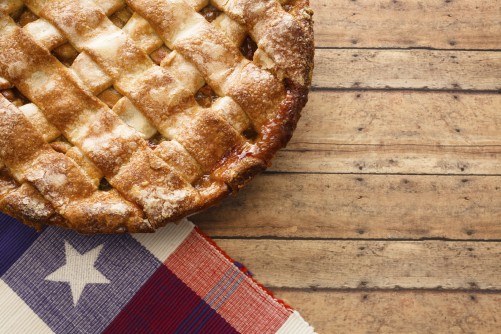 The all-day conference, hosted by the O’Neill Institute for National and Global Health Law at Georgetown University, is designed to identify practical and legal solutions to address the many food issues facing the United States today including food scarcity, obesity and antibiotic use. The O’Neill Institute has partnered with AGree, a coalition of leading foundations that fund food and agriculture, international development, and health and well-being.

“Food is intertwined with so many of the issues that have been raised this political season including the environment, water, immigration, domestic and global security, civil rights, education, justice, and economic opportunity,” says Aliza Glasner, JD, an associate with the O’Neill Institute. “And yet, food is not part of the political debate.”

The Food 2016 conference will gather leading governmental, academic and civil-society leaders to discuss legal and regulatory options to address food related issues that could improve health. Glasner says the conference will discuss a virtual recipe book of laws and regulations for 2016 candidates, currently elected officials and their staff, attorneys in executive and legislative branch agencies, policymakers, and other key players working directly on food issues as well as other key political areas that directly impact our food system like agriculture, immigration and trade. “Food is a fundamental part of life for every American every day,” Glasner explains. According to the U.S Department of Agriculture:• In the United States, food accounts for 13 percent of personal household expenditures, behind only housing and transportation costs. • The food sector is a major economic driver, contributing about $800 billion dollars annually to the U.S. economy. • Food is a labor issue, providing 17 million jobs in agriculture, food services, and manufacturing.“But food is increasingly also a public health issue,” she says. • Obesity costs Americans more than $300 billion dollars each year in medical and treatment costs and in decreased productivity.• Despite the abundance of food, one in seven Americans goes to bed hungry each night, including 12 million children. • The widespread use of antibiotics in livestock intended for human consumption is leading to alarming rates of antibiotic resistance.“As this country prepares for a change in leadership, attracting attention to food issues must be part of the debate,” says Glasner. “Improving the US food system depends upon bipartisan acknowledgment of the problems, followed by a commitment to open, thoughtful and creative dialogue on reaching reasonable solutions. With consensus, we can solve some of America’s most pressing nonpartisan concerns like hunger and obesity.”To register for Food 2016, click here. The O’Neill Institute for National and Global Health Law at Georgetown University is the premier center for health law, scholarship, and policy. Its mission is to contribute to a more powerful and deeper understanding of the multiple ways in which law can be used to improve the public’s health, using objective evidence as a measure. The O’Neill Institute seeks to advance scholarship, science, research, and teaching that will encourage key decision-makers in the public, private, and civil society to employ the law as a positive tool for enabling more people in the United States and throughout the world to lead healthier lives.