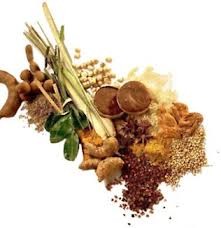 Cinnamon, nutmeg and even marshmallows can be abused by thrillseekers looking for a high.

Newswise — Watch your kitchen cupboards this season as thrillseekers look to common holiday baking ingredients for a rise – cinnamon, nutmeg and even marshmallows are the primary ingredient in trendy risky behavior. “The envelope is always being pushed to create something new that will get attention, potentially create a drug-like effect and can pass under the radar of law enforcers,” says Christina Hantsch, MD, toxicologist, Department of Emergency Medicine at Loyola University Health System.

Loyola recently treated a dozen pre-teen children in its emergency room. “A group of 9-year-olds were trying to do the Cinnamon Challenge and got caught,” says Hantsch, who is a former medical director of Illinois Poison Control. “One girl had seen the videos on the Internet and wanted to try it with her friends.” The Cinnamon Challenge involves trying to swallow one tablespoon of ground cinnamon without water. “The dry, loose cinnamon triggers a violent coughing effect and also a burning sensation that actually can lead to breathing and choking hazards,” she said. Hundreds of videos and postings on the Internet have made it a social media sensation.

Hantsch is concerned that what was once horseplay by older teenagers is now being copied by young children. “They have easy access to ingredients like cinnamon and marshmallows and think it is cool to do what their older peers are doing,” says Hantsch.

Another challenge that continues to attract followers is called Chubby Bunny. “You stuff as many marshmallows in your mouth as possible and then try to say the words Chubby Bunny,” explained Hantsch. “Two children have actually choked to death attempting this game so it is not to be taken lightly.”Ground nutmeg has been snorted, smoked and eaten in large quantities to produce a marijuana-like high. “Nutmeg contains myristicin which is a hallucinogenic, like LSD,” says the toxicologist. Other common household products that are also being abused are hand sanitizer, aerosol whipped cream, aerosol cooking spray, ink markers and glue.

Respiratory, cardiac and nerve damage have all been documented in relation to substance abuse by users.“Seemingly silly games can have sinister effects and the holidays are the worst time for this to happen,” says Hantsch. “Kids have more free time, greater access to the Internet and more opportunities to get together during vacations. And at Christmas, the kitchen pantry is loaded for holiday baking. Adults are wise to keep an eye on their children to make sure they are using the ingredients for their proper use.” The Loyola Department of Emergency Medicine is classified as a Level 1 Trauma Center, providing the highest level of surgical care to trauma patients. The department also has been recognized by groups such as The Joint Commission, the Commission on Accreditation of Medical Transport Systems, the American College of Surgeons (one of only two-ACS-verified trauma centers in Illinois)and the Illinois Department of Public Health for Trauma, Burns, Pediatric and Emergency departments.