“Holier Than Thou” or Less Evil Than You? The True Nature of Self-Righteousness 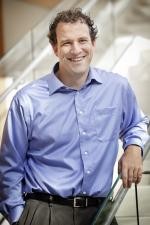 Newswise — Research finds that people tend to believe that they are more likely than others to donate blood, give to charity, treat another person fairly, and give up one’s own seat in a crowded bus for a pregnant woman. A widely cited U.S. News and World Report survey asked 1,000 Americans to indicate the likelihood that they and a long list of celebrities would go to heaven. The vast majority of respondents believed they were more likely to go to heaven than any of these celebrities, including the selfless nun Mother Teresa.

However, a new study from the University of Chicago Booth School of Business titled “Less Evil Than You: Bounded Self-Righteousness in Character Inferences, Emotional Reactions, and Behavioral Extremes,” to be published in the forthcoming Personality and Social Psychology Bulletin, Nicholas Epley and Nadav Klein ask whether the extensive research on self-righteousness overlooks an important ambiguity: When people say they are more moral than others, do they mean they are more like a saint than others or lesslike a sinner? In other words, do people chronically believe they are “holier” than others or “less evil” than them?

Klein and Epley conducted four experiments that explored how people judge themselves compared to other people in a variety of contexts. All of the experiments revealed that self-righteousness is asymmetric. Participants believed that they are less evil than others, but no more moral than them. Specifically, participants were less likely to make negative character inferences from their own unethical behavior than from others’ unethical behavior, believed they would feel worse after an unethical action than others would, and believed they were less capable of extreme unethical behavior compared to others. In contrast, these self–other differences were much weaker in evaluations of ethical actions.

Klein and Epley call this finding “asymmetric self-righteousness,” reflecting the asym-metry that people do not believe they are more moral than others but rather less evil than them.

One of the causes of asymmetric self-righteousness is that “people evaluate them-selves by adopting an ‘inside perspective’ focused heavily on evaluations of mental states such as intentions and motives, but evaluate others based on an ‘outside per-spective’ that focuses on observed behavior for which intentions and motives are then inferred,” the researches said. Accordingly, the researchers find that people who are more likely to ascribe cynical motives to their own behavior exhibit a smaller asymmetry in self-righteousness.

The researchers noted that it remains to be seen whether bounded self-righteousness looks the same around the world. Basic moral norms of kindness and respect for others seem to be fairly universal sentiments, but future research will be needed to determine how culture-specific contexts could modify people’s tendency to feel moral superiority.

“In countries where corruption is more common, the asymmetry in self-righteousness might be more pronounced because people will be more likely to observe unethical behavior committed by other people,” they said.

Klein and Epley believe that this research has notable implications for the promotion of ethics policies and procedures within organizations. Specifically, people may be especially likely to resist policies aimed at preventing their own unethical behavior, simply because they don’t believe they would ever do anything unethical. This suggests that framing policies as promoting ethical behavior rather than discouraging unethical behavior might be more effective in increasing policy support. “Understanding asymmetric self-righteousness could help foster support for policies that can create more ethical people, and more ethical organizations,” they said.