How to Be Cool

8-Nov-2017 10:05 AM EST, by University of Virginia Darden School of Business
favorite_border 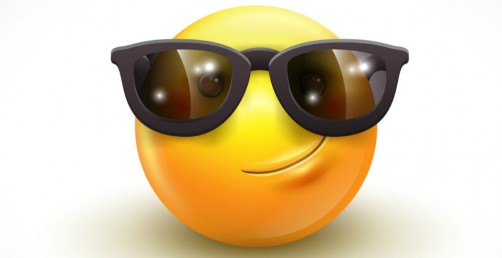 By Lalin Anik and Johnny Miles and Ryan Hauser

Newswise — Coolness, by its nature, is ephemeral, elusive and ever-evolving. People’s concept of cool might best be encapsulated by Supreme Court Justice Potter Stuart’s infamous phrase, “I know it when I see it.”[i] In the marketplace, coolness excites consumers, steers purchase behaviors and dictates trends.[ii] Coolness is something wanted by most and valued by consumers and marketers alike, but understood by few.

Thus we present the general theory of coolness as a merger of three indispensable traits: (1) autonomy, (2) authenticity, (3) attitude, and a fourth trait, association, which is helpful but not essential.

This is arguably the number-one dimension of coolness, referring to lack of conformity, unconventionality, rebellion, individuality and independence. In other words, people or brands high in autonomy are those who do their own thing, which often goes against the expectations of others.

For example, Bellezza, Gino and Keinan found that in the domain of fashion, people confer higher status and competence on nonconforming individuals (e.g., those who wear sweats into a luxury boutique or red sneakers in a professional environment).[iii] Autonomy can thus be cool in and of itself, irrespective of the inherent coolness of the underlying behavior.

Example: Artist Jean-Michel Basquiat rejected the conventions of minimalism, prevalent in art during his time, opting instead for a neo-Expressionist style with pop-culture and graffiti influences, which collectors quickly recognized as new, brilliant and cool.

It is important to note that a “cool” product does not necessarily mean a “good” product, and having a cool product, or marketing a product as such, will not work for every product category. In some specific categories, mainstream norms are preferred. Consumers want their Q-tips, Band-Aids and salt to come with few, if any, surprises.

Marketers might consider advertising that focuses on the originality and nonconformity of the product (e.g., Apple’s “Think Different” and Tabasco’s “We don’t bother keeping up with the Joneses”[iv]). Conversely, organizations trying to curb a “cool” behavior (e.g., truth’s antismoking campaign) may actually want to make the behavior seem more prevalent, and thus mainstream and less cool — though this must be carefully done to avoid peer effects.

Ultimately, autonomy is a balancing act — too little and you look like a mainstream sellout, too much and you risk polarization and an inferior product or message.

To be authentic is to act and carry yourself in a way that is true to your own personality and character. As highly sophisticated social beings, we are adept at reading subtle clues to determine whether someone is “being themselves” or trying to pass as something they are not.

Our social antennae are equally perceptive when it comes to marketing and advertising of products. When a company pursues coolness, or any other desirable attribute, we naturally look for cues, whether from history, advertising or our peers to check if the brand is misrepresenting itself or its products. While simply being authentic is not enough to achieve outright coolness, either for a person or a product, it remains an indispensable ingredient in that ineffable quality.

Example: Authenticity as a prerequisite for coolness can most easily be understood in the context of music. Many of Western culture’s coolest and most universally revered individuals are musicians. In addition to the coolness garnered by these musicians’ appealing, rebellious attitudes and their genuine autonomy as real artists, we bestow coolness on these musicians because we respond powerfully to the authenticity of their music. As a result of our sophisticated social intelligence, we are always subconsciously evaluating the emotion inherent in a piece of music and evaluating whether that feeling is conveyed authentically.

While an authentic person can be authentically negative (“I’m real,” “I’m blunt,” and so on), companies do not have this luxury — an authentic brand needs to be perceived positively in order to succeed. This means providing its consumer with positive products, experiences and messaging that are complementary to their brand’s true core values.

While authentic autonomy can lead to coolness, the effort to achieve the quality may fail if the actor does not possess the right attitude throughout the process. Actors cannot look as though they are trying to be cool, as this is decidedly uncool to do. Instead, actors want to carry an attitude that is a combination of confidence and sprezzatura, an Italian term that captures the idea of causal effortlessness.

Coolness at its core is an act of rebellion against the mundane, and in order to make such a statement, whether through your action, personality or consumption, you need the credibility that can only come from confidence.

Coolness more often than not requires skill and significant preparation or forethought, but advertising the effort required ultimately diminishes others’ perception of coolness. This is why sprezzatura can be an integral piece of coolness.

Sprezzatura can refer to the design of a product, as well. The coolest designs, especially in the art, architecture and fashion worlds, are so organic that they seem intuitive, and yet years might have been spent crafting them to perfection.

Example: Mastering surfing takes years of training and rigorous athleticism, and yet the best surfers stand on the board as if they are casually leaning on a bar.

Companies looking to be cool need to project the same air of effortlessness that the best surfer does, which necessitates both taking initiative and avoiding certain actions.

Many companies today exhibit what is the equivalent of antisprezzatura, trying hard to come across as cool or hip in all-too-obvious ways. This seems especially true of companies on social media that go to great lengths to use the hip slang of Millennials. This pandering is evident to consumers, and comes across as too effortful at best and cringeworthy at worst.

Marketers need to think hard about how their communications will come across to consumers. Will they look effortless and natural, or will they seem like obvious attempts at being relevant? If it’s the former, that’s sprezzatura; if it’s the latter, that’s uncool.

Coolness can be imbued (although it is not a necessary precondition for coolness) through association with an existing brand, place or person who has already attained cool status. This is a far quicker and easier path for establishing coolness in a product or person than building an organic movement from scratch.

Example: Celebrities are often seen as arbiters of coolness, likely because actors in Hollywood are especially skilled in crafting personas in their work, which inevitably spills over into the construction of their personal identities. In addition, because there are usually such preconditions to celebrity as attractiveness and charm, we naturally conclude that these actors would be desirable to have as companions. Therefore, when a celebrity uses a product, they can magically transmit their coolness to that product, unless it is blatantly obvious that they are marketing it for personal gain. Even then, celebrity advertising is a proven, successful marketing tactic.

For companies trying to achieve coolness by association, choosing the right celebrity for their product or brand to be associated with is vitally important. Celebrities all have different personas and a fit between product and promoter must be seen as natural and authentic. Toby Keith makes for a far more effective promotor of Ford trucks than Lady Gaga. George Clooney sells Nespresso more authentically than Kanye West might.

Furthermore, since coolness is a cycle, companies need to be aware of where those they associate their brand with are on their own coolness cycle, especially regarding their target demographic. “Has Kanye gotten too popular to properly represent the countercultural cool image we’re hoping to associate ourselves with?” Marketers need to consider who to associate their brand with, and when.

Anik’s research on behavioral economics and marketing delves into how social connection impacts consumer behavior, both through motivation and influence. Her work has been published in Journal of Marketing Research, Social Psychological and Personality Science and Social Influence, as well as noted in mainstream channels including Bloomberg, CNN, Forbes, Harvard... Learn More