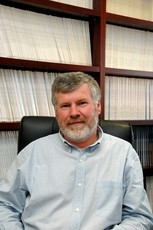 Newswise — University of Adelaide scientists are part of an international research team that has uncovered the first example of a bacterium causing disease in humans by targeting a molecule that is incorporated into our bodies from our diet. The discovery has been published in the prestigious international journal Nature.

Microbiologists Dr Adrienne Paton and Professor James Paton, and their collaborators, have shown that a potent bacterial toxin, Subtilase cytotoxin, specifically targets human cells that express a sugar called Neu5Gc on their surface.

"Remarkably, humans cannot make Neu5Gc, and so we should all be resistant to the toxin," Professor Paton says. "However, consuming foods that have high levels of Neu5Gc, such as red meat and dairy products, leads to uptake of the sugar by human cells and this makes them susceptible to attack by the toxin."

"Red meat and dairy products, the richest dietary sources of Neu5Gc, are also the foods that are most commonly contaminated with the E. coli bacteria that produce the toxin," Professor Paton says.

"Through dietary choices, therefore, humans may expose themselves to an increased risk of infection with the E. coli bacteria and simultaneously sensitise themselves to the potentially lethal actions of the toxin it produces."

"This research emphasises the need for people to eat only well-cooked red meat (particularly for hamburgers), or pasteurised dairy products, as these processes destroy contaminating bacteria," Professor Paton says.

The research was funded by Australia's National Health and Medical Research Council and the National Institutes of Health in the United States.