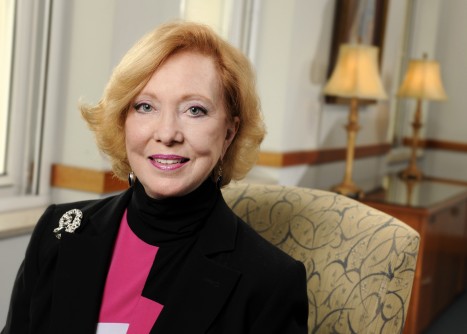 While efficacy results from NRG Oncology/RTOG 0415 were reported previously, this study is the first to report patient-reported outcomes from the trial, which included patients from across the U.S. and Canada. This trial assessed the differences in health-related quality of life (HRQoL), including bowel, urinary, sexual and hormonal side effects, following a conventional or fractionated RT schedule. Compared to conventional (C) RT, hypofractionated (H) RT is delivered in larger doses over a shorter period of time.

“Studies have suggested that higher amounts of radiation over shorter periods of time might be more effective in destroying cancer cells, but the concern has been that stronger doses might also cause quality of life issues such as more diarrhea or decrease in sexual function,” said lead study author Deborah Watkins Bruner, PhD, a professor at the Nell Hodgson Woodruff School of Nursing and a professor of radiation oncology at Emory University School of Medicine in Atlanta.

HRQoL was assessed with the Expanded Prostate Index Composite (EPIC), a comprehensive instrument designed to evaluate patient-reported side effects after prostate cancer treatment. The questionnaire measured side effects in each of EPIC’s four domains – bowel, urinary, sexual and hormonal. EPIC assesses prostate cancer-specific HRQoL on a Likert scale with responses transformed to 0-100, where higher scores indicate a better HRQoL. Participant feedback was collected at baseline, six months after treatment began and one year post-treatment, with change scores compared between the C and H groups. A Wilcoxon test was used to assess differences.

At baseline, there were no statistically significant differences between treatment groups in any of the HRQoL domains. Results indicated that, compared to men without prostate cancer, most patients in both groups reported poor baseline EPIC sexual domain scores, with the C group’s score averaging 47.5 and the H group’s score averaging 44.2. At baseline, the groups reported only slightly lower than average bowel and urinary scores.

Following treatment, patients who received higher doses of RT in fewer sessions (the H group) reported similar HRQoL as the patients who received conventional RT (the C group). There were no differences in change scores for either group on any EPIC domain at six months follow-up. At 12 months follow-up, hypofractionation patients reported a larger decline in the bowel domain compared to those who received conventional RT, with an average from baseline of -3.6 vs. -1.8, respectively, (p = 0.0037), but the change was not deemed clinically significant to patients.

“This research shows that hypofractionated radiation therapy offers patients value-based care for their disease. If patients with low-risk prostate cancer choose radiation therapy, they can live equally long and have the same quality of life outcomes with 28 daily treatments, compared to what has been the standard care of 41 daily treatments,” said Dr. Bruner. “This reduction of treatment time by almost a third translates into other types of value for patients, such as decreased drive time, lower transportation costs and fewer days off of work.”

The abstract, “NRG Oncology/RTOG 0415, Phase III Non-Inferiority Study Comparing 2 Fractionation Schedules in Patients with Low-Risk Prostate Cancer: Prostate Specific Quality of Life Results,” will be presented in detail during a scientific session at ASTRO’s 58th Annual Meeting at 2:15 p.m. Eastern time on Monday, September 26, 2016. To speak with Dr. Bruner or obtain a copy of the abstract, please contact ASTRO’s media relations team on-site at the Boston Convention and Exhibition Center September 25 through 28, by phone at 703-286-1600 or by email at press@astro.org.

ABOUT ASTROASTRO is the premier radiation oncology society in the world, with more than 10,000 members who are physicians, nurses, biologists, physicists, radiation therapists, dosimetrists and other health care professionals who specialize in treating patients with radiation therapies. As the leading organization in radiation oncology, the Society is dedicated to improving patient care through professional education and training, support for clinical practice and health policy standards, advancement of science and research, and advocacy. ASTRO publishes three medical journals, International Journal of Radiation Oncology • Biology • Physics (www.redjournal.org), Practical Radiation Oncology (www.practicalradonc.org) and Advances in Radiation Oncology (www.advancesradonc.org); developed and maintains an extensive patient website, RT Answers (www.rtanswers.org); and created the Radiation Oncology Institute (www.roinstitute.org), a nonprofit foundation to support research and education efforts around the world that enhance and confirm the critical role of radiation therapy in improving cancer treatment. To learn more about ASTRO, visit www.astro.org.