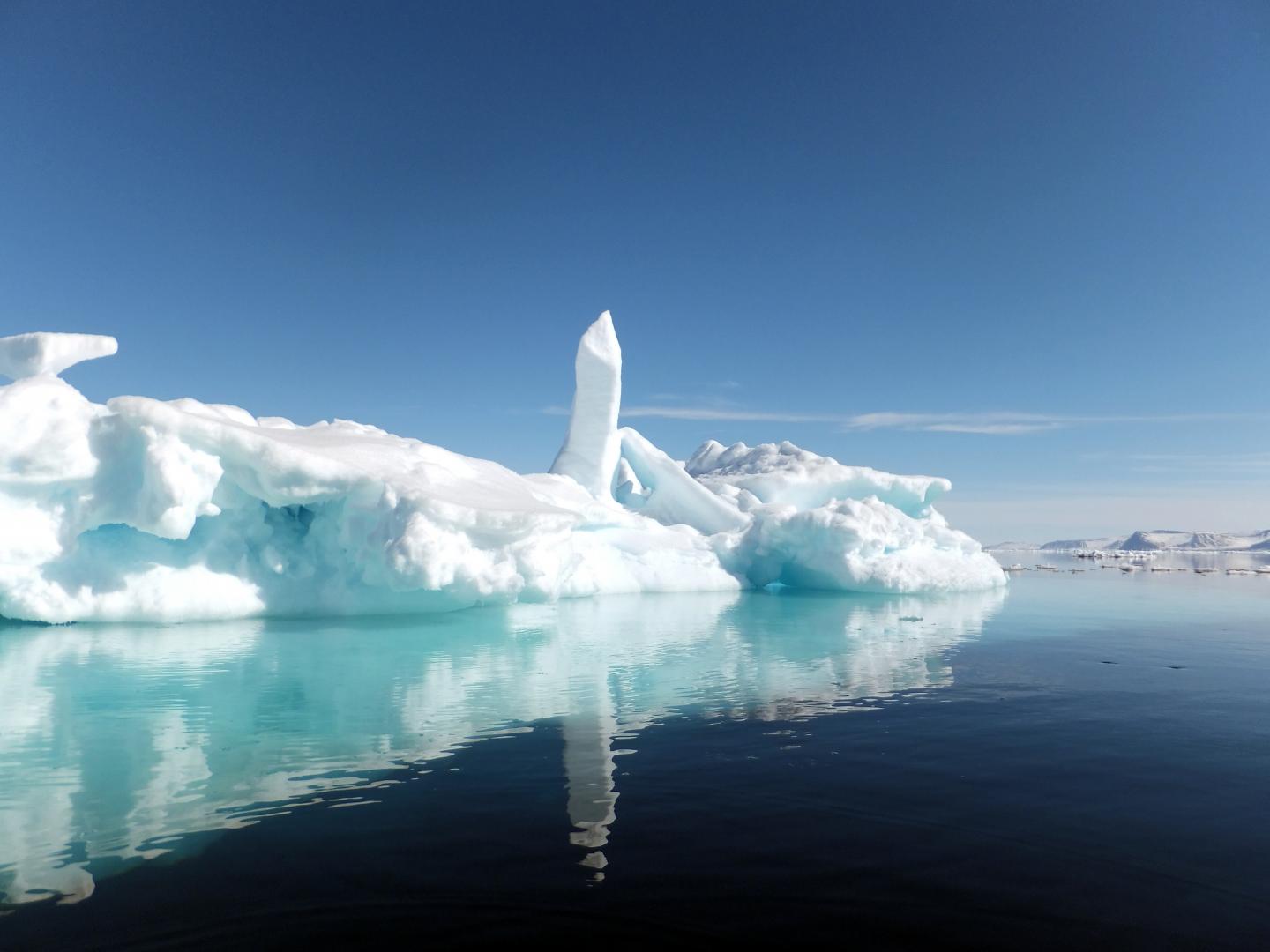 Scientists from Imperial College London have found that using virtual reality headsets could combat increased sensitivity to pain, by immersing people in scenes of icebergs, frigid oceans and sprawling icescapes.

In a small proof-of-concept study, published in Pain Reports, a team from Imperial used VR video to reduce peoples' scores of perceived ongoing pain as well their sensitivity to painful stimuli.

According to the researchers, the findings add to the growing evidence for the potential of VR technology to help patients with chronic pain.

Beyond the distracting effect, they think immersing patients in VR may actually trigger the body's own inbuilt pain-fighting systems - reducing their sensitivity to painful stimuli and reducing the intensity of ongoing pain.

Dr Sam Hughes, from the MSk Lab at Imperial and first author on the paper, said: "One of the key features of chronic pain is you get increased sensitivity to painful stimuli. This means patients' nerves are constantly 'firing' and telling their brain they are in a heightened state of pain. Our work suggests that VR may be interfering with processes in the brain, brainstem and spinal cord, which are known to be key parts of our inbuilt pain-fighting systems and are instrumental in regulating the spread of increased sensitivity to pain."

Virtual reality has been trialled as a method to distract patients from the pain, with some success in minor dental procedures requiring local anaesthetic. But the latest study looked to see if it could work in a simulated model of chronic pain.

In the trial, 15 healthy volunteers were given a topical cream on the skin of their leg containing capsaicin - the fiery compound in chilis that makes your mouth burn. The capsaicin sensitised the skin, making the area more sensitive to painful stimuli (a very small electric shock) and mimicking the heightened sensitivity of people with chronic pain; such as lower back pain, arthritis, or nerve pain.

Participants were then asked to rate the pain caused by the capsaicin cream on a scale of 0-100 (from 'no sensation' to 'worst pain imaginable') while either watching a VR scene of arctic exploration through a headset, or looking at a still image of an Arctic scene on a monitor.

They were also asked to say when a stimulus applied directly to the sensitised skin area is perceived as painful.

The team found that ongoing pain was reduced following VR immersion, and that sensitivity to painful stimuli on the skin was also reduced. However, the same effect was not seen in people who looked at still images of the polar environment, showing immersion is the key factor.

They explain that while the initial findings are encouraging, the study is limited by the small number of healthy participants, without chronic pain. Future randomised controlled trials with chronic pain patients could also help to confirm its potential benefit for patients.

However, the researchers believe VR could hold the potential to treat patients with chronic pain who often have deficient inbuilt pain fighting systems. They suggest that using VR may provide an alternative therapy for some chronic pain conditions by improving activity in brain regions involved in these pain-relief systems.

The team, which included Dr Paul Strutton from the Department of Surgery & Cancer and MRes Biomedical Research student Ms Hongyan Zhao, now plans to further investigate the pathways involved in the VR dampening effect, including whether a dosing regimen would work - such as 30 minutes, four times a day - and if the effects would be cumulative or remain temporary.

"The aim of this study was to show VR has the ability to change the pathological processing associated with chronic pain," added Dr Hughes. "Using this approach does seem to reduce the overall intensity of the ongoing pain as well as the response we get on the skin. We think there could be changes in the body's pain relief system's which can affect how pain sensitivity is processed in the spinal cord."

He added: "There are still many things to figure out, but one exciting aspect of our study is that the VR design we used is completely passive - meaning patients don't need to use their arms. Potentially, it could mean that patients who are bed-bound or can't move their limbs, but with chronic pain, could still benefit from this approach."

2. The immersive video 'POLAR OBSESSION 360' by National Geographic, is available on YouTube - https://www.youtube.com/watch?v=jz2CZZeJsDc&t=35s

3. Imperial College London is one of the world's leading universities. The College's 17,000 students and 8,000 staff are expanding the frontiers of knowledge in science, medicine, engineering and business, and translating their discoveries into benefits for our society.

Founded in 1907, Imperial builds on a distinguished past - having pioneered penicillin, holography and fibre optics - to shape the future. Imperial researchers work across disciplines to improve health and wellbeing, understand the natural world, engineer novel solutions and lead the data revolution. This blend of academic excellence and its real-world application feeds into Imperial's exceptional learning environment, where students participate in research to push the limits of their degrees.

Imperial is the UK's most international university, according to Times Higher Education, with academic ties to more than 150 countries. Reuters named the College as the UK's most innovative university because of its exceptional entrepreneurial culture and ties to industry. http://www.imperial.ac.uk