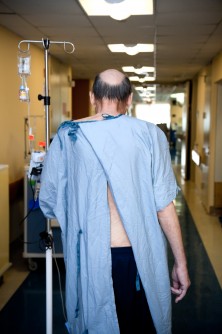 Newswise — ATS 2017, WASHINGTON, DC─While the number of hospitalizations for COPD in the United States fluctuated within a narrow range between 2005 and 2014, in-hospital deaths decreased substantially during that same time, according to new research presented at the ATS 2017 International Conference.

The researchers analyzed data from the Healthcare Cost and Utilization Project Nationwide Inpatient Sample, which captures 95 percent of all hospital discharges in the U.S. They found that there were 8,575,820 hospitalizations for COPD-related health problems between 2005-2014. During that time, those who died in the hospital declined from 24,226 to 9,090—a 62 percent decrease.

“This is certainly an encouraging trend,” said Khushboo Goel, MD, lead study author and a second-year internal medicine resident at the University of Arizona. “We expected to see a decline because of improvements in caring for conditions such as pneumonia, sepsis, septic shock and thromboembolic diseases associated with COPD exacerbations, but the magnitude of the decline in mortality was surprising.”

She noted that the decreasing mortality trend was true for White, Black and Hispanic patients.

“Other studies suggest possible explanations for the higher COPD burden women in the U.S. have,” she said, “including the growing number of women who smoke, the increased severity of symptoms they may experience and longer life expectancy.”

The study also found that from 2005 to 2014, the average age of those hospitalized remained nearly constant at 67 years of age, the number of COPD patients treated at teaching hospitals increased from 212,346 to 371,215 and the average length of a hospital stay decreased from 5.2 days to 4.2 days.

Abstract 5821 (Note: this abstract has been updated from the originally submitted abstract to include 2013-14 data.)

Trends in COPD Hospitalization and In-Hospital Mortality in the United States by Sex and Race: 2005-2014

Chronic obstructive pulmonary disease (COPD) epidemiology is changing. It has risen to the third leading cause of death in the USA since 2008, and since 2000, more women have died annually from COPD than men. We wanted to examine trends in COPD hospitalizations and in-hospital mortality in a nationally representative sample and evaluated for potential differences by sex and race.

We used the Healthcare Cost and Utilization Project (HCUP) Nationwide Inpatient Sample (NIS) which is the largest all-payer, encounter-level collection of healthcare databases in the United States. We analyzed NIS data from 2005-2014. COPD hospitalizations were defined by an algorithm of ICD-9-CM (International Classification of Diseases, Ninth Revision, Clinical Modification) codes which captured hospitalizations with a primary discharge diagnosis of COPD (490, 491.xx, 492.xx, 493.22, 496) or a primary diagnosis of acute respiratory failure (518.81, 518.82, 518.84, 799.1) and secondary diagnosis of COPD.

Between 2005 and 2014, deaths among patients hospitalized for COPD have decreased while the total number of hospitalizations has remained relatively stable. Women account for a higher proportion of COPD hospitalizations and in-hospital deaths than men. In-hospital mortality secondary to COPD has decreased among White, Black, and Hispanic patients.