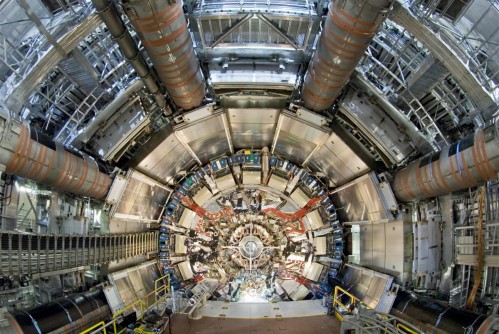 An Indiana University physicist and a leader on several projects that support experiments at the Large Hadron Collider at CERN in Switzerland is available to comment on today’s announcement that Higgs boson – also known as the “God particle” – transforms into bottom quarks as it decays.

After years of refining their analysis and incorporating new data, physicists who made the announcement are reporting evidence that exceeds the threshold of statistical significance required to claim a discovery. According to a statement from CERN, the news is a big step forward in the quest to understand how the Higgs enables fundamental particles to acquire mass.

“I am very excited about this result; it’s kind of a sigh of relief because we’ve found what we expected to find,” said Harold Evans, a professor at IU Bloomington and a deputy project manager and coordinator on several projects conducted under ATLAS, one of the two general-purpose particle detectors used at the Large Hadron Collider. “The decay of the Higgs into a bottom quark was the most highly probable decay mode for the particle. If we hadn’t measured it, it would have meant that we were missing a big part of the picture. This result shows that our predictions were correct.”

Evans is a professor in the IU Bloomington College of Arts and Sciences’ Department of Physics. As a leader on ATLAS, he and colleagues at IU played a role in the first detection of the Higgs boson in 2012. The particle’s discovery filled a crucial gap in the Standard Model, since it helped explain why fundamental particles have mass. Without mass, particles would travel at the speed of light and be unable to bind to form protons, neutrons, atoms, stars and the material of the universe.

IU researchers were responsible for the design and construction of a critical part of the ATLAS experiment's equipment: the Barrel Transition Radiation Tracker. The tracker is part of the ATLAS detector, which is installed in CERN's massive collider facility. Much of the Barrel Transition Radiation Tracker was constructed on the IU Bloomington campus.

The Large Hadron Collider facility is one of the largest experimental facilities ever built -- 17 miles in circumference, 300 feet underground, lying beneath the territory of France and Switzerland.

Evans holds a Ph.D. in physics from Yale University and master’s and bachelor’s degrees in physics from UCLA. He performed postdoctoral research at the University of Chicago. To speak with Evans, contact Kevin Fryling at IU Communications, kfryling@iu.edu or 812-856-2988. 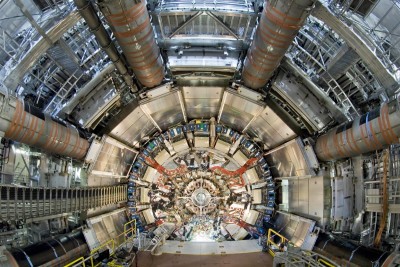