Indonesian Prisoners with HIV Getting Aid From UIC Researchers 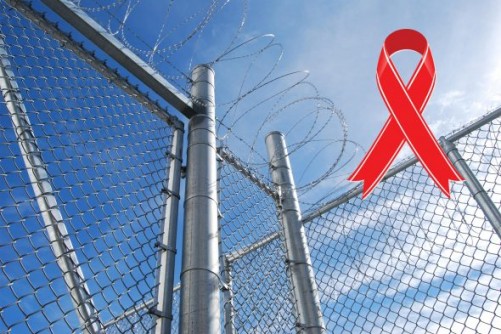 Newswise — The University of Illinois at Chicago College of Nursing has received a four-year federal grant to assist HIV-positive prisoners in Indonesia — a southeast Asian country where the number of new infections is increasing rapidly.

HIV infection rates have declined throughout the world, but not so in many countries where drug use is criminalized, especially Indonesia, the fourth most populous country in the world. According to the organization UNAIDS, about 660,000 of the more than 260 million Indonesians are living with HIV.

Working in collaboration with the University of Indonesia’s College of Nursing, Gabriel Culbert, assistant professor of health systems science in the UIC College of Nursing, is developing a medication adherence intervention to improve antiretroviral therapy coverage among released prisoners in Indonesia.

“Less than eight percent of people in Indonesia living with HIV receive treatment with antiretroviral therapy, and HIV-related mortality increased 427 percent from 2005 to 2013,” Culbert said. “At the core of Indonesia’s HIV epidemic are people who inject drugs, and prisoners for whom antiretroviral adherence is problematic, especially after they’re released from prison. Health outcomes could be improved and the spread of HIV limited should paroled prisoners adhere to a daily regimen of antiretroviral therapy.”

Culbert and his colleagues will adapt the evidence-based intervention Adherence Through Home Education and Nursing Assessment (ATHENA) as a guide to develop a new antiretroviral therapy program. Prisoners will receive visits from a nurse and community worker to identify individual and social factors that patients can modify in order to successfully adhere to their antiretroviral treatments. HIV-positive patients define the content and outcome of their own learning through structured and tailored discussions with the nurse and community worker.

The research will be conducted in two prisons in Jakarta, Indonesia’s capital. Combined, the two prisons have an inmate population of 6,000. Indonesia has the ninth largest prison population in the world, Culbert said.

Culbert initially conducted research in Indonesia as an UIC undergraduate student. Then in 2013, supported by a Fulbright scholarship, he approached Indonesia’s Directorate General of Corrections to discuss gathering information on HIV-infected prison inmates. A month later he was invited to return to the country he first visited in 2003 and initial steps were taken to develop a program.

“Anywhere you travel in the world there is a higher prevalence of HIV in prisons than in the general community,” Culbert said. “Prison health is community health because 99 percent of the population will be released into the community.”

HIV can be contracted in Indonesian prisons in various ways, with the most prevalent being the sharing of HIV-contaminated needles. Drugs are often easier to obtain in prisons than in the community, Culbert said. Many inmates are not only dealing with substance use and HIV, but also other diseases such as hepatitis C and tuberculosis, he said.

“Incarceration exacerbates their illness,” Culbert said. “Prisoners with HIV live in an overcrowded space and their immune system is suppressed. And maybe the person in the next cell has pulmonary tuberculosis. They are in an environment that is more deleterious to their health.”

Indonesia, however, has a universal health care system, and individuals infected with HIV can receive free antiretroviral drugs. Prisons are one of the main places where people begin treatment, and they are more likely to receive medications while locked up than they are in the community, Culbert said. On the other hand, getting released from prison in Indonesia can be extremely dangerous, he said.

“The risk of death increases dramatically for paroled prisoners, not only because of suicide, homicide and drug overdose, but also from health conditions like cardiac arrest,” Culbert said. “Prisons are a structured setting, and prisoners take their medications every day so they can get their viral load under control. They also receive counseling and patient education while imprisoned.

“We have a unique opportunity, thanks to our partners in Indonesia, to begin developing services for people living with HIV. We have a strong case for going to Indonesia to study a good public health model in the prisons and bring those lessons back to the U.S.”