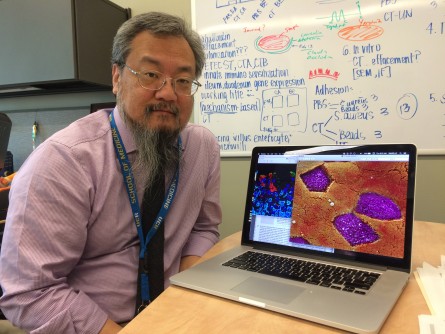 David Lo is a distinguished professor of biomedical sciences in the School of Medicine at UC Riverside. 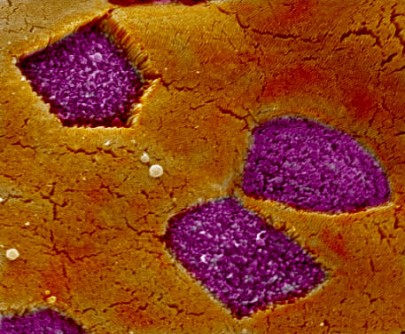 Newswise — RIVERSIDE, Calif. – As its name suggests, inflammatory bowel disease (IBD), which afflicts more than 1.6 million Americans, involves chronic inflammation of all or some of the digestive tract. An autoimmune disease known to have a strong genetic component, its symptoms are abdominal cramps, bloody diarrhea, and fever and, sometimes, weight loss. IBD, which is a group of inflammatory conditions, includes Crohn’s disease and ulcerative colitis.

How to treat IBD, however, is not well understood. What is known is that inflammation is caused by TNF-alpha, a proinflammatory molecule and protein produced by the body’s cells. TNF-alpha proceeds to signal other types of cells that, in turn, produce additional inflammatory factors.

Focusing on IBD, a team of researchers in the School of Medicine at the University of California, Riverside has now found that TNF-alpha, while promoting inflammatory responses, also promotes the immune system regulatory responses by first inducing immune surveillance cells, called M cells. The finding could lead to more targeted drug therapies for treating IBD as well as other autoimmune diseases – such as multiple sclerosis and type 1 diabetes – in which TNF-alpha plays a role.

“The induction of M cells by TNF-alpha suggests that the body may have a built-in system that promotes the inflammation as well as regulates and ultimately suppresses the response,” said David Lo, a distinguished professor of biomedical sciences, who led the research study.

The study, performed on mice, focused on the gut, which the Lo lab has been researching for many years. Study results appear online in The American Journal of Pathology.

“If we don’t know what triggers the disease then the best we can do is treat the disease by suppressing inflammation,” Lo said. “Currently, the main drug therapeutics being used to manage IBD are anti-inflammatory treatments. One of the newest is a series of biologicals – basically antibodies – that absorb the inflammatory molecules that promote the inflammatory response. There are half a dozen of these biologicals – specifically targeting the cytokine TNF-alpha. They don’t work in all patients, resulting often in some patients having to try one biological after another to find out what works.”

Lo explained that TNF-alpha promotes the destruction of tissues. But this cytokine also promotes tissue healing.

“Cytokines are regulators of host responses to infection and inflammation,” he explained. “Some make disease worse because they are proinflammatory. Others reduce inflammation and promote healing because they are anti-inflammatory. TNF-alpha plays a dual role in that it does both. If we had a more focused way of dealing with the undesired inflammatory aspects of TNF-alpha, we could still retain the healing, restorative aspects of this cytokine.”

The body’s intestinal lining has epithelial cells that form a barrier so that bacteria in the gut do not pass on into the rest of the body. During inflammation – whether from disease due to a person’s genetic predisposition or from an infection – TNF-alpha is one of the proteins produced. Lo’s team found that in the case of IBD infection TNF-alpha triggers an increase in the number of M cells up and down the colon. Further, the M cells act like selective gates.

“They show up in the colon where they didn’t exist before, alerting the immune system that something is up,” Lo said. “Through the M cells and their selective gatekeeping, the immune system is able to do some sampling of the gut – both more frequently and along the whole intestine. The colon is not normally a place where you have this sort of sampling going on. To significantly ramp up the sampling process by these M cells this way can help us figure out how the immune response will gear up its ability to either deliver a more powerful immune response or, alternatively, regulate and suppress the inflammation, and thus restore normal homeostasis in the intestine.”

For several years now, Lo has studied M cells in terms of how differentiation decisions get made to produce them.

“In the course of our research, it became evident to us that some of the factors that promote M cell differentiation overlap with the factors that produce disease, inflammation and destruction,” he said. “We knew that diseases like IBD produce some of the same factors. We wondered if IBD also triggered M cell differentiation, and launched an investigation.”

Besides leading to the development of more targeted drug therapies, the new work could help scientists like Lo better understand why people afflicted with IBD have a chronic type of inflammation in the first place.

“Advanced immune surveillance is a clue into how the immune system is attempting to restore balance and calm in the tissues,” Lo said. “If M cell production is a critical part of this restoration process, then it means we can develop more targeted therapies that don’t block this restoration. Many of the biologicals being used today absorb and wipe out TNF-alpha, but in the long run this may be harmful to the patient because removing TNF-alpha altogether also blocks its ability to produce restorative mechanisms.”

Next, Lo’s lab plans to focus on the different receptors in the body that receive signals that then trigger inflammation and tissue restoration.

“We would like to know which receptors are responsible for what,” Lo said. “Which promote the undesired inflammatory effects, which promote the restorative effects? How does this trigger a sequence of events leading to restoration of calm and inflammation removal? The ultimate goal would be to have drug therapies that are more targeted so it’s no longer like throwing a sponge at the infection and hoping something will work.”

The University of California, Riverside (www.ucr.edu) is a doctoral research university, a living laboratory for groundbreaking exploration of issues critical to Inland Southern California, the state and communities around the world. Reflecting California's diverse culture, UCR's enrollment has exceeded 21,000 students. The campus opened a medical school in 2013 and has reached the heart of the Coachella Valley by way of the UCR Palm Desert Center. The campus has an annual statewide economic impact of more than $1 billion. A broadcast studio with fiber cable to the AT&T Hollywood hub is available for live or taped interviews. UCR also has ISDN for radio interviews. To learn more, call (951) UCR-NEWS. 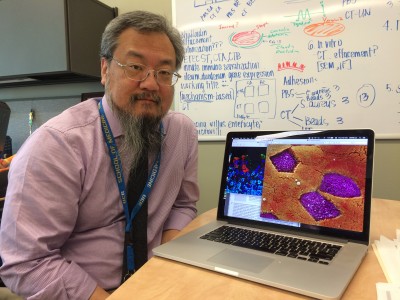 Caption: David Lo is a distinguished professor of biomedical sciences in the School of Medicine at UC Riverside. 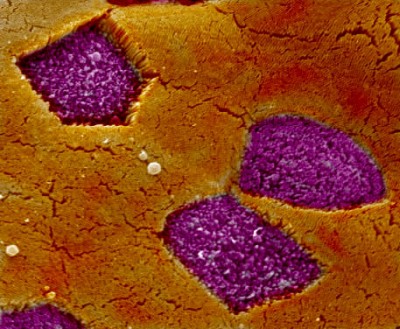