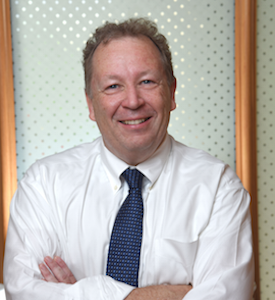 Newswise — DALLAS – Sept. 7, 2017 – Dr. Philipp Scherer, Director of the Touchstone Center for Diabetes Research at UT Southwestern, will receive the 2017 EASD-Novo Nordisk Foundation Diabetes Prize for Excellence in recognition of his research that explains the relationship between body fat and type 2 diabetes.

The prize is awarded to an internationally recognized researcher for outstanding research or technology that contributes to the understanding of diabetes, its disease mechanisms, or its complications. Dr. Scherer will receive the prize of 6 million Danish kroner (approximately $960,000) on Sept. 13 at the annual meeting of the European Association for the Study of Diabetes (EASD) in Lisbon, Portugal.

“It is a great honor to receive this most prestigious European prize for diabetes research on behalf of our metabolism community at UT Southwestern,” said Dr. Scherer, a Professor of Internal Medicine and Cell Biology who holds the Gifford O. Touchstone, Jr. and Randolph G. Touchstone Distinguished Chair in Diabetes Research.

“We have an outstanding group of investigators in the Touchstone Diabetes Center that effectively team up with researchers in other Centers at UT Southwestern, thereby creating a unique and stimulating environment that fosters collaborative efforts and the generation of new interdisciplinary approaches to tackle the pressing questions of diabetes research,” he added.

The prize announcement hailed Dr. Scherer as “a giant in the world of diabetes research.” It praised the creativity of his work, which led to a new perspective on the pathophysiology of the metabolic syndrome and type 2 diabetes, two of the world’s most common chronic conditions.

Dr. Scherer is known for his 1995 discovery of adiponectin – a hormone produced by fat – and for defining its physiologic roles. Previously, adipose tissue had been considered solely a storage depot for excess calories.

Using techniques from cell biology and biochemistry plus mouse genetics, Dr. Scherer’s work revealed that adipose tissue is, in fact, a highly responsive endocrine organ that plays a crucial role in metabolism and inflammation. More recently, he has expanded his efforts into the characterization of the different types of fat found in the body. Some of these fat pads can store lipids (fat particles that travel in the bloodstream) while others can effectively burn lipids to generate heat, use up excess calories, and exert potent anti-diabetic effects.

In one study, his laboratory showed that adiponectin overexpression expands body fat mass and initially protects against the development of diabetes by holding excess lipids in fat cells rather than in other body tissues. Therefore, rather than a direct cause of diabetes, obesity begins as a protective response to the threat of diabetes’ development, Dr. Scherer’s research showed.

Born in Switzerland, Dr. Scherer earned undergraduate and graduate degrees at the University of Basel in that country. He came to the United States as a postdoctoral researcher at the Whitehead Institute for Biomedical Research, Cambridge, Massachusetts, and later joined the faculty of Albert Einstein College of Medicine in New York. He joined the UT Southwestern faculty in 2007.

Dr. Scherer has published more than 350 scientific papers, resulting in more than 40,000 citations. His many awards include the Banting Medal for Scientific Achievement from the American Diabetes Association (2015); the Naomi Berrie Award for Outstanding Research in Diabetes from Columbia University (2013); the Edith and Peter O’Donnell Award in Medicine from The Academy of Medicine, Engineering and Science of Texas (2012); and Outstanding Scientific Achievement Award from the American Diabetes Association (2005).

The EASD, a nonprofit medical scientific association based in Germany, appoints a committee that chooses the winner of the prize, which is funded by the Novo Nordisk Foundation. Novo Nordisk is an independent Danish foundation that supports scientific, humanitarian, and social purposes with corporate interests that are connected to Novo Group companies.