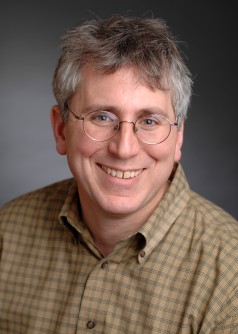 Newswise — Cambridge and Boston, MA. Wed. December 25, 2013 – Researchers from the Boston area, Mexico, and Norway have completed a comprehensive genomic analysis of cervical cancer in two patient populations. The study identified recurrent genetic mutations not previously found in cervical cancer, including at least one for which targeted treatments have been approved for other forms of cancer. The findings also shed light on the role human papillomavirus (HPV) plays in the development of cervical cancer.

The study, which appears online in Nature, addresses a public health concern of global significance: cervical cancer is the second most common cancer in women and is responsible for approximately 10 percent of cancer deaths in women – particularly in developing countries where screening methods are not readily accessible. Almost all cases of the disease are caused by exposure to HPV and it is expected that vaccination efforts targeting HPV will decrease cervical cancer cases over time. In the meantime, however, the disease remains a significant threat to women’s health.

“Cancer is a disease that affects the whole world, and one question that always arises is: is a given cancer type similar or different across populations?” explained Matthew Meyerson,MD, PhD, one of the paper’s co-senior authors. Meyerson is a professor of pathology and medical oncology at Dana-Farber Cancer Institute and a senior associate member of the Broad Institute. “While we don’t have the complete answer yet in this case, what we are seeing is that, in two different populations, the causes of cervical cancer are similar and, fundamentally in both cases, it comes down to HPV-genome interaction.”

To investigate the genomic underpinnings of the disease, the team performed whole exome sequencing, which examines the genetic code in the protein-coding regions of the genome, on samples from 115 cervical cancer patients from Norway and Mexico. In some cases, the researchers also conducted whole genome sequencing (analyzing the genetic code across the entire genome) or transcriptome sequencing (focusing on gene expression). In each case, the researchers compared genomic data derived from cervical cancer tumors with genomic data from healthy tissue from the same individual to determine what may have gone wrong – or mutated – in the genome to allow the cancer to develop. The mutations identified in tumors but not in healthy tissues from the same individuals are referred to as somatic mutations.

The study benefited from the international collaboration of scientists from research institutes across the globe and was made possible by SIGMA – the Slim Initiative for Genomic Medicine in the Americas – which promotes the study of genomic medicine in the service of global health.

"Low and middle-income countries suffer the largest burden of cancer in the world,” said co-author Jorge Melendez, of the National Institute of Genomic Medicine in Mexico City. “Nevertheless, only 5 percent of all the global resources dedicated to this group of diseases are allocated to them. Initiatives that promote joint efforts with developing countries will help to advance not only the knowledge of the shared and distinct biological aspects of cancer diseases, but also highlight local action items to impact public health."

The cooperation of teams from the U.S., Mexico, and Norway was essential in order to sequence samples from a diverse pool of cervical cancer patients.

“Without this sort of international collaboration, the genomic view of a disease can be limited. By analyzing genomic data from diverse populations, we can discover patterns to disease progression in context of the full range of human genetic variation,” said co-senior author Helga Salvesen. Salvesen, a professor of clinical medicine at University of Bergen, Norway, was a visiting scientist at the Broad Institute when the study was conducted.

The study identified 13 mutations that occurred frequently enough across the samples to be considered significant in cervical cancer. Eight of these mutations had not been linked to the disease previously, and two had not previously been seen in any cancer type.

Among the most notable findings were somatic point mutations in the gene ERBB2, which was found in a small but significant subset of the tumors. Mutations in this gene, which is also known as Her-2, had not been previously been linked to cervical cancer, but it is a known oncogene common in breast cancer. Treatments exist that target the gene.

“This suggests that a subset of cervical cancer patients could be candidates for clinical trials involving ERBB2 inhibitors, which are available and FDA-approved,” explained Akinyemi Ojesina, a postdoctoral fellow in Matthew Meyerson’s lab at the Broad Institute and Dana-Farber. Ojesina served as a co-first author of the paper along with Lee Lichtenstein of the Broad’s Cancer Genome Analysis Group. “It is an exciting finding that could be translatable to the clinic.”

The team also identified a novel mutation in the gene MAPK1. MAPK1 is one of the final steps in the MAP kinase signaling pathway – a network of interconnected genes that play a role in cell growth regulation. Mutations in other genes in the pathway have been known to drive cancer, but this is the first time that MAPK1 itself has been found to be mutated. The finding opens up the possibility that MAPK1, like other genes in the MAP kinase signaling pathway, may be a viable therapeutic target.

Another key finding was the prevalence of mutations in genes affecting the immune system. Mutations in the gene HLA-A, which helps the body distinguish its own proteins from foreign invaders, were previously found to drive squamous cell lung cancer. In this study, another gene in the same complex – HLA-B – was found to be commonly mutated in cervical squamous cell carcinoma. This suggests that disruptions to the immune system may play a bigger role in cancer progression than was previously realized.

Finally, transcriptome sequencing, which allowed the team to analyze gene expression – how and when genes are activated across the genome – enabled the researchers to learn more about how HPV is driving cervical cancer.

It has long been known that exposure to HPV is a primary risk factor for cervical cancer. Once an individual is exposed, the immune system often clears out the infection, but in cases in which the virus lingers, it can integrate itself into the human genome. This study looked at where, in the genome, HPV inserted itself and found that HPV integration sites were associated with higher levels of gene expression and were often amplified, resulting in many copies of those sections of the genome. This connection between HPV integration and gene expression suggests that the virus may be driving cancer by promoting and elevating the activity of mutated genes.

“Our findings further elucidate the key role HPV is playing in the development of cervical cancer, which in turn emphasizes the importance of combating the disease by vaccinating against HPV,” Meyerson said.

In addition to the evidence supporting vaccination as a means of prevention, the researchers say the study bears important clinical implications for targeted therapeutics.

“In metastatic cervical cancer, more effective systemic therapy is urgently needed,” Salvesen explained. “So far, our knowledge regarding genetic alterations as potential targets for therapeutics has been limited, and no targeted therapeutics are yet in routine clinical use. The present study – in particular the findings related to ERBB2 – thus represents a unique and comprehensive new tool to guide clinical trial design in the future.”

"The outstanding findings of our successful collaborative international research is giving us, here in Mexico, very powerful arguments in favor of the benefit of speeding up the adoption of molecular methods for screening HPV, followed by colposcopy to detect cancer at its earliest phases when it is curable; not to mention the possibility of new targeted therapies that our discoveries open up," said co-senior author Hugo Barrera, a professor of biochemistry and molecular medicine at the School of Medicine and University Hospital of the University of Nuevo Leon in Monterrey, Mexico, who together with Melendez coordinated the Mexican team.

“It is hoped that, as we combine vaccination strategies and novel targeted therapies, we will be better able to combat the scourge that is cervical cancer,” Ojesina added.

This work was conducted as part of the Slim Initiative for Genomic Medicine in the Americas, a project funded by the Carlos Slim Foundation through the Health Institute. This work was also partially supported by the Rebecca Ridley Kry Fellowship of the Damon Runyon Cancer Research Foundation; MMRF Research Fellow Award; Helse Vest, Research Council of Norway, Norwegian Cancer Society and Harald Andersens legat; CONACyT grant SALUD-2008-C01-87625 and UANL PAICyT grant CS1038-1; and CONACyT grant 161619.

Founded by MIT, Harvard and its affiliated hospitals, and the visionary Los Angeles philanthropists Eli and Edythe L. Broad, the Broad Institute includes faculty, professional staff and students from throughout the MIT and Harvard biomedical research communities and beyond, with collaborations spanning over a hundred private and public institutions in more than 40 countries worldwide. For further information about the Broad Institute, go to http://www.broadinstitute.org.

About Dana-Farber Cancer Institute: Dana-Farber Cancer Institute (www.dana-farber.org) is a principal teaching affiliate of the Harvard Medical School and is among the leading cancer research and care centers in the United States. It is a founding member of the Dana-Farber/Harvard Cancer Center, designated a comprehensive cancer center by the National Cancer Institute. It provides adult cancer care with Brigham and Women’s Hospital as Dana-Farber/Brigham and Women’s Cancer Center and it provides pediatric care with Boston Children’s Hospital as Dana-Farber/Boston Children’s Cancer and Blood Disorders Center. Dana-Farber is the top ranked cancer center in New England, according to U.S. News & World Report, and one of the largest recipients among independent hospitals of National Cancer Institute and National Institutes of Health grant funding. Follow Dana-Farber on Facebook: www.facebook.com/danafarbercancerinstitute and on Twitter: @danafarber.

About the Carlos Slim FoundationCreated in 1986, through social programs of strong impact for the most vulnerable population, the Carlos Slim Foundation has directly benefited more than 35.9 million people. With a marked sense of social responsibility, efficiency, and proven results, the Foundation has programs on various fields, such as education, health, nutrition, social justice, culture, human development, support on natural disasters, protection and conservation of the environment, and economic development that contribute to improve the quality of life of population of all ages, fostering the development of human capital and generating opportunities for people, their communities, and therefore, their countries.

As part of the Carlos Slim Foundation, the Health Institute has the purpose to generate solutions in order to help solve Mexico’s and Latin America’s main public health problems focusing on the most vulnerable populations. www.salud.carlosslim.org ###