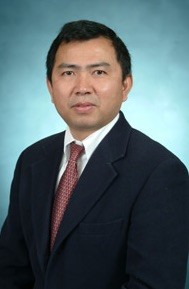 Newswise — ATLANTA—Dr. Ming-Hui Zou, an internationally recognized researcher in molecular and translational medicine at the University of Oklahoma Health Science Center, has been named the founding director of the new Center for Molecular and Translational Medicine at Georgia State University.

He is also a Georgia Research Alliance (GRA) Eminent Scholar in Molecular Medicine, becoming the seventh eminent scholar at the university.

“Georgia State is excited to welcome Dr. Zou as the founding director of the university’s new Center for Molecular and Translational Medicine,” said Dr. James Weyhenmeyer, vice president for research and economic development. “This center is designed to meet healthcare needs by converting significant research findings into diagnostic tools and medicines that will help improve the health of individuals. Dr. Zou has made tremendous achievements in cardiovascular research, and he will certainly be an asset as he leads research efforts that could potentially help millions of people suffering from heart disease, diabetes and other illnesses.”

At the University of Oklahoma Health Science Center, Zou held two endowed chairs and was chief of the Section of Molecular Medicine, vice chair for research in the Department of Medicine, Warren Chair in diabetes research and professor of medicine, biochemistry and molecular biology. He holds a doctorate and medical degree.

He has received prestigious awards from the American Heart Association, including the Career Development Award, Irvin H. Page Atherosclerosis Research Award and National Established Investigator Award. He has also received the Juvenile Diabetes Research Foundation’s Independent Investigator Award and the Regents’ Award for Superior Research & Creative Activity from the University of Oklahoma. He was awarded the George Lynn Cross Research Professor position, the highest research honor a faculty member may receive from the University of Oklahoma, in 2013.

In addition, he was elected in 2008 to the American Society for Clinical Investigation, the most prestigious society for young physician-scientists in the United States.

Zou studies the role of oxidative stress in vascular biology and disease. He is recognized for making influential discoveries in cardiovascular research, including identifying the role of two key proteins involved in the vessel pathology that leads to vascular disease. He has previously collaborated with the pharmaceutical companies Eli Lilly and Merck to develop new drugs and conduct clinical trials, and he plans to develop new therapeutics for cardiovascular disease and diabetes.

He has eight grants from the National Institutes of Health totaling $21 million through 2019. He also has competitive grants totaling $17 million from other organizations, including the American Heart Association.

“Dr. Zou is a world-renowned scientist with a proven track record of outstanding research activity,” said Michael Cassidy, president and chief executive officer of the Georgia Research Alliance. “He is a strong addition to GRA's Academy of Eminent Scholars and we look forward to having him at GSU and collaborating with our partner research universities.”