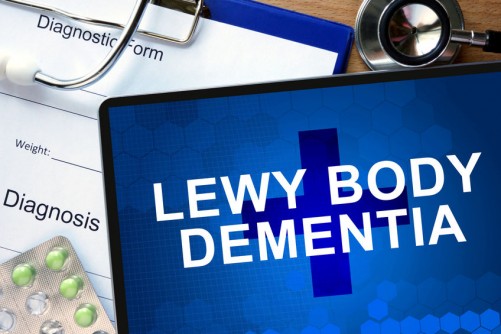 The discovery of IB1000s’ symptomatic and neuroprotective properties and disease-modifying potential could be a breakthrough for patients suffering from a broad range of neurodegenerative diseases, including dementia.

“While the initial sample size is small, to have such a drug with a long-term excellent safety profile, showing promising effects in these intractable diseases is a very exciting and an important development,” commented Professor Antony Galione FRS FMedSci, Statutory Professor of Pharmacology, University of Oxford and Founding Scientist of IntraBio.

Alzheimer’s Disease, Lewy Body Dementia, and Fronto-Temporal Dementia together account for an estimated 85-90% of all dementia cases, affecting more than 50 million people worldwide, and are expected to increase in prevalence over the next decades to affect more than 100 million people in 2050. They are progressive neurological disorders in which abnormal deposits of proteins accumulate in areas of the brain that regulate cognition, behavior and movement. As a consequence, they present with a wide range of cognitive, behavioral, and physical symptoms, in particular problems with memory, thought, sleep, motor function, and changes in behavior.

IntraBio, with its collaborators, has evaluated the effect of IB1000s in compassionate-use studies in over 175 patients, forming the scientific basis for IB1000s to be further investigated for the treatment of 18 indications, including neurodegenerative diseases and lysosomal storage disorders. Future opportunities to develop the IB1000s series further in additional indications include Parkinsonisms, Restless Leg Syndrome (RLS), Amyotrophic Lateral Sclerosis (ALS), and Multiple Sclerosis (MS), all of which of have high-unmet medical needs.

IntraBio is currently in the process of applying for multi-national clinical trials with its lead asset (IB1001) for the treatment of Niemann-Pick disease Type C (NPC), GM2 Gangliosidosis (Tay-Sachs and Sandhoff disease) and certain inherited Cerebellar Ataxias (CA).

Lewy Body Dementia (LBD) is a progressive brain disorder in which Lewy bodies (abnormal deposits of a protein called alpha-synuclein) build up in areas of the brain that regulate behavior, cognition, and movement. Progressively debilitating, LBD can present with a range of typically severely fluctuating symptoms including problems with thinking, memory, moving, sleep and/or changes in behavior. LBD also affects autonomic body functions, such as blood-pressure control, temperature regulation, and bladder and bowel function.

Fronto-Temporal Dementia (FTD) refers to a group of disorders caused by progressive nerve-cell loss predominately in the brain's frontal lobes and its temporal lobes. FTD can have significant impact on patient’s everyday life, altering personalities and behavior and severely impairing language skills, speaking, writing and comprehension. FTD used to be called Pick's disease after Arnold Pick, M.D., a physician who in 1892 first described a patient with distinct symptoms affecting language. Some doctors still use the term "Pick's disease."

IntraBio Inc. is a biopharmaceutical company with a late-stage drug pipeline including novel treatments for common and rare neurodegenerative diseases. IntraBio’s platform results from decades of research and investment at premier universities and institutions worldwide. Its clinical programs leverage the expertise in lysosomal function and intracellular calcium signaling of its scientific founders from the University of Oxford and the University of Munich.

IntraBio's management team and consultants have vast commercial experience and a successful track record of drug development in the USA and Europe. Together, IntraBio’s team translates innovative scientific research in the fields of lysosomal biology, autophagy, and neurology into novel drugs for a broad spectrum of genetic and neurodegenerative diseases so to significantly improve the lives of patients and their families.

IntraBio Inc. is a US corporation with its principal laboratories and offices in Oxford, United Kingdom.