Is It Time to Silence Christmas Radio? SJU Expert: "Radio Finds a New Life at Christmas Due to Nostalgia, Tradition and Convenience. It's the Super Bowl of Radio. 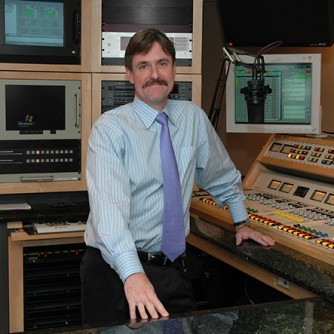 Newswise — From Christmas shopping to seasonal advertisements, the holidays can be a reliable source of income for businesses that capitalize on this festive spirit. One medium that has used the holiday as an opportunity for profits is the traditional radio station. Since the 1990s, over 160 AM/FM radio stations have set aside their regularly scheduled programming in favor of classic Christmas music during the month of December. While these carols start earlier each year, their success rate has yet to slow down.

David Allan, Ph.D. ’99 (MBA), chair and professor of marketing at Saint Joseph’s University in Philadelphia and a 20-year veteran of radio broadcasting, knows firsthand the importance of the holidays to radio stations. “Radio finds new life at Christmas due to nostalgia, tradition and convenience,” says Allan. “It’s the Super Bowl of radio.”

However, with the rise of the digital era, music streaming services such as Spotify and Apple Music have had an immediate impact on the music business, as over 100 million people pay to stream music. Just like traditional radio, streaming applications have also tried to adjust their algorithm around Christmas to include classic seasonal songs. Not only do these applications recommend holiday music, but the users have more control, deciding which songs they prefer hearing, unlike radio. With this in mind, as well as the surge of music-streaming users, will Christmas radio become obsolete anytime soon?

According to Allan, the increase in ratings for radio stations that switch to exclusively Christmas music mid-November, brings an additional listener boost after the season is over. "Without the Christmas push, traditional radio will struggle to maintain a rise in ratings,” says Allan, who draws his knowledge from his experience at Philadelphia’s WUSL.

Another factor keeping Christmas radio stations alive is the heavy rise in retail shopping that occurs during the season. Allan says that Christmas music gets shoppers in the mood to make purchases.

"Atmospheric marketing is about creating an environment that the consumer can spend money in,” Allan notes. “During the year it’s smell and temperature, while the music during Christmas time creates an atmosphere encouraging shoppers to pull out their wallets.” Allan says that if this trend continues, traditional radio will always have a seasonal outlet in malls and shopping centers.

Allan believes nostalgia is the driving force behind the success of Christmas radio, and radio as a whole. “It’s tradition,” says Allan. “It’s the one time of year that everyone can agree upon a station. It is your mother’s apple pie, or that cozy blanket you own, allowing you to relive your past.”