Israel & U.S.: A Unique Partnership in Science, Technology and Business 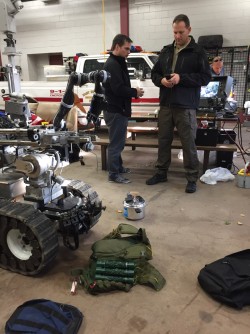 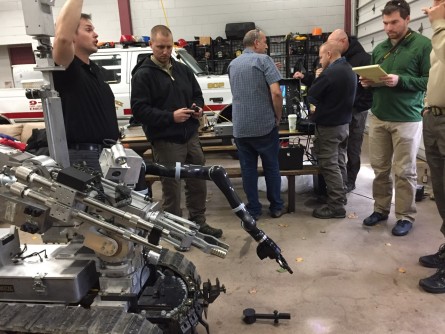 Newswise — International cooperation in science, technology, and innovation promotes security, prevents and reduces risks of manmade and natural hazards, and enhances resilience. As the research and development arm of the Department of Homeland Security (DHS), the Science and Technology Directorate (S&T) understands the importance of global cooperation and engages with its international partners to enhance homeland security capabilities.

Through its International Cooperative Programs Office (ICPO), S&T maintains valuable partnerships with a number of nations. Among these international partners, Israel stands out due to a rich research and development collaboration portfolio with S&T. The U.S. and Israel began their annual bilateral meetings in 2008.

“During my first visit to Israel in my current role, I had the chance to see firsthand the importance of our partnership with Israel and the how this joint collaboration is contributing to the success to our mutual portfolios,” said William N. Bryan, Senior Official Performing the Duties of the Under Secretary for Science and Technology for the Department of Homeland Security.

Mr. Bryan’s recent comments came after the two countries signed a comprehensive chemical/biological (chem-bio) project arrangement during the eighth annual bilateral meeting in Tel Aviv in September 2017. This project will fund develop technologies for first responders’ use during chemical or biological attacks, accidents or incidents.

“We have big expectations from this new initiative. The intent is to improve the response capability of first responders to chem-bio hazards. We want our first responders to be better prepared when dealing with such events,” said Yaron Kron, head of the Technology Division within the Ministry of Public Security of Israel.

The new chem-bio project is expected to open the door for collaboration between S&T and Israel’s Ministry of Defense.

With its multiple projects and thanks to its partnership with the Israel-U.S. Binational Industrial Research and Development (BIRD) Foundation, FRG actively collaborates with Israel. DHS S&T and the MOPS established a cooperative activity to promote and fund jointly developed technologies for first responders. Managed by the BIRD Foundation this joint research effort supports the development of S&T’s Next Generation First Responder Apex Program technology capabilities to ensure first responders are better protected, connected and fully aware.

“When you combine innovation from two countries with different points of view and experiences, the results you get can be very creative. The U.S. - Israel BIRD Foundation becomes a bridge between the innovation and the markets in both countries. It is an important bridge,” said Dr. Eitan Yudilevich, Executive Director of the BIRD Foundation, as he described the partnership.

As a member of the International Forum to Advance First Responder Innovation (IFARI), Israel actively participates with S&T and representatives from 12 other nations and the European Commission in identifying requirements for first responders around the world.

“IFARI provides a very good framework, and we encourage companies to use the outcomes of the forum decisions for better exposure to a broader market,” Dr. Yudilevich said. “We hope to extend the program to the larger homeland security space, including border protection and secondary response agencies, in the coming years.”

BIRD announced its third call for proposals early in January, 2018 and the selection of new projects is planned for June 2018.